‘Save river, save society’ 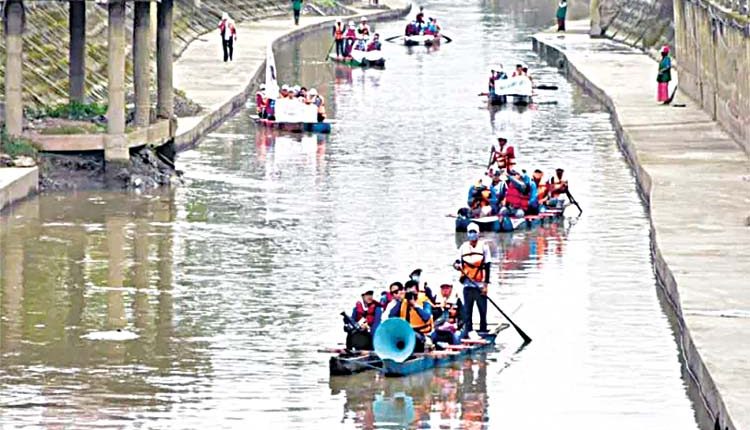 Imphal, Dec 8 (Agency) Minister for Tourism, Oinam Lukhoi Singh called for concerted efforts from all sections of the society to save Nambul river and restore to its pristine form. This was stated by the Minister at the awareness campaign boat rally on the Nambul River held under the theme “Save Our Rivers, Save Our Soul.” Addressing the gathering as Chief Guest, Minister Lukhoi stated that Nambul is one of the most important rivers in Manipur which is much associated with the state’s history. It starts from the Kangchup hill range and flows into Loktak Lake, considered as one of the most popular tourist attractions in Manipur. The water of the river is comparatively clean before it enters into Imphal area, particularly the Khwairamband bazaar.

With the increase of population in and around Imphal city, more liquid and solid wastes such as domestic garbage and wastes from shops, hotels and commercial establishments are generated and thrown into the river, the Minister said. He appealed the people to dispose the garbage at the dumping zones approved by the Imphal Municipal cooperation so as to save the river from further deterioration. Once Nambul restores to its pristine form, it may be a location with a huge tourism potentials, asserted Tourism Minister.

Lukhoi expressed that under the supervision of Chief Minister, Manipur, N. Biren Singh, the government is committed to promote tourism sectors in many parts of the state with a view to attract more tourists from different parts of the world. He also highlighted the various ongoing projects taken up the Tourism Department, Manipur. Development of Loktak Eco-Tourism project is one such project in the pipeline. Tourism Minister released a song entitled ‘Koubru Masaikol’ during the occasion and also flagged off the boat rally campaign. The awareness campaign was organized by Apunba Manipur Matam Ishei Kanglup (AMMIK) and sponsored by Tourism Department, Government of Manipur.