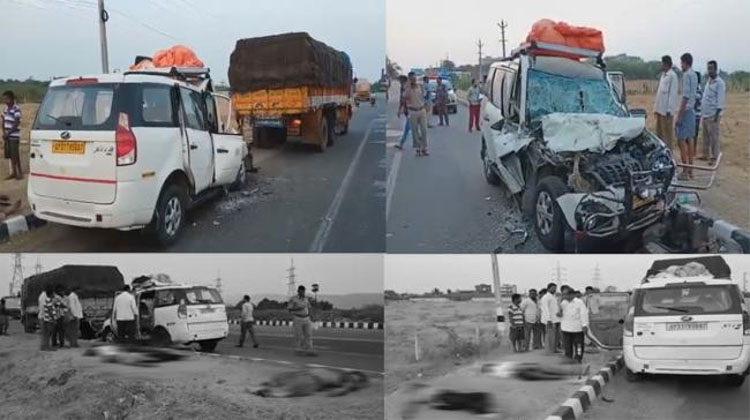 Tirupati, Nov 19 (Agency) The Road rage accidents in Chittoor district of Andhra Pradesh claimed hundreds of lives besides thousands injured throughout the year. A survey by National Highway Authority of India (NHAI), State Roads & Buildings Department and Panchayat Raj has shown that there was a huge reduction in road accidents during the lockdown period from March – June 2020, as against previous statistics of 2019. The district police and Roads and Buildings Department has submitted a survey on accident-prone black spots, reasons for accidents and action plan necessary to prevent them. As per the latest statics available, 612 persons died in 540 accidents and 1389 were injured in 2019, the majority on National Highways.

There were 352 accidents killing 151 persons and injuring 432 on highways. On the NH -42 ( Kuppam-Palamner- Madanapalli – Mulakacheruvu) deaths were highest at 43 between January to August 2019. Chittoor District Transport Commissioner Mr Bassi Reddy said that an action plan has been conceived to identify black spots, reasons for road rage accidents and steps needed to rectify them at all regions in the district. During the recent road widening programs, instructions have been issued to put up signboards in accidents prone locations and other guidelines as well. The road rage deaths on NH-69 ( Bangalore-Palamner- Chittoor- Ranipeta) was 31 and only 18 on the NH-7 ( Madanapalli -Piler-Tirupati), Similarly, 82 accidents on state highways, 34 had died and 69 injured and almost 133 had been killed on rural roads during the period. The official surveys also show that accidents prone black spots were more on National Highways which was put at 122 in the district.

State govt failed to get Punjabi University out of financial crisis: Parminder Dhindsa