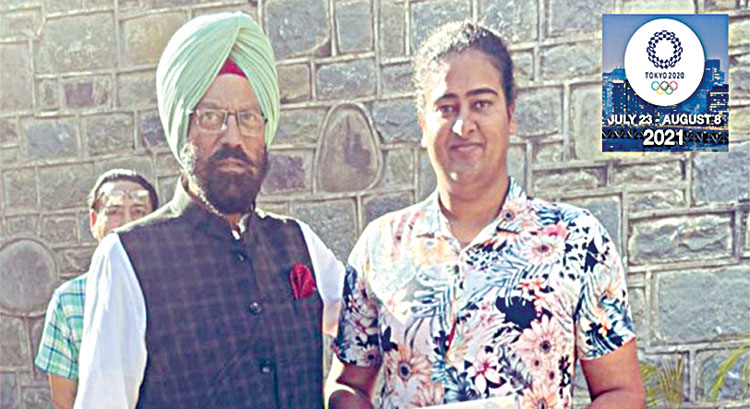 Portraying Kamalpreet as the ‘honored daughter of Punjab’, he said, it was a matter of pride for the state and the country as well that Kamalpreet won first place in the country by breaking the decade-old record in the discus throw and qualify for the Tokyo Olympics in women’s discus throw category. Rana Sodhi said as a sportsperson himself, Chief Minister Capt Amarinder Singh was always kind towards the sportspersons. Thus, he introduced a new pro-sports person policy after coming into power in 2017, which paves the way for outstanding sportspersons for increased cash prizes and ensuring government jobs.

He expressed hope that Kamalpreet would bring laurels for the state and country by clinching a gold in the Tokyo Olympics, saying that all kinds of Olympics preparation cost of Kamalpreet Kaur would be borne by the state government. Pertinent to mention here that Kamalpreet Kaur during her first attempt on the last day of Federation Cup National Athletics in the month of March at Patiala, has thrown 65.06 meters discus and became the first Indian thrower to cross the 65-meter mark and ensured her berth in the Tokyo Olympic. Kamalpreet broke the national record set by Commonwealth Games champion Krishna Poonia in 2012 with a throw of 64.76 meters.