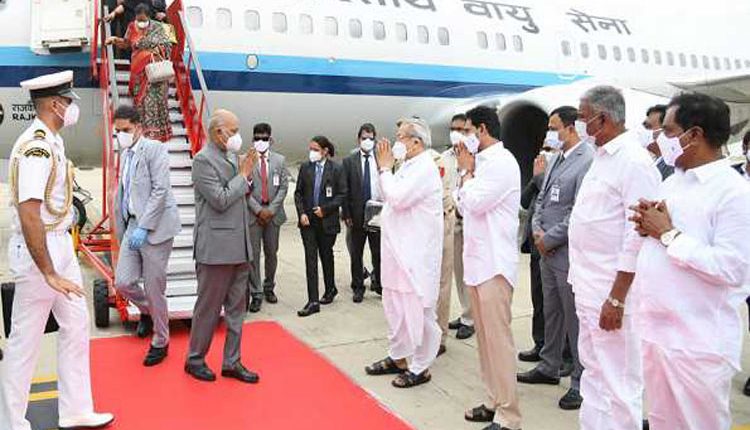 Tirupati , Nov 24 (Agency) President Ram Nath Kovind along with his family members arrived at Renigunta Airport near here by a special Indian Air Force flight from New Delhi on Tuesday. Mr Kovind and his family members will offer prayers to Lord Venkateswara Swamy in Tirumala temple later in the day.

Andhra Pradesh Governor Biswabhusan Harichandan, Chief Minister Y S Jagan Mohan Reddy, TTD Chairman Y V Subba Reddy and other senior officials welcomed the President at the Airport. The President will offer prayers to goddess Padmavathi Ammavaru at Tiruchanoor near here before leaving for Tirumala to have darshan of Lord Venkateswara swamy. After darshan, the President would leave for Ahmedabad by a special IAF flight from Renigunta Airport.