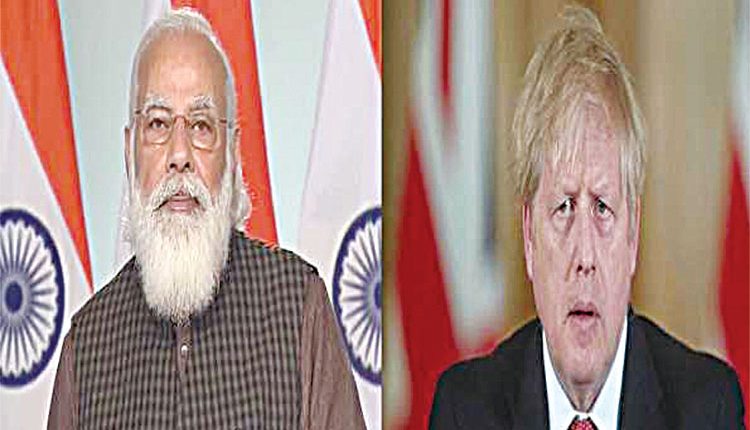 New Delhi, Jan 17 (Agency) Prime Minister Narendra Modi will attend the 47th Summit of G-7, world’s seven most industrialized countries and strong democracies, to be held at Cornwall, a tiny seaside resort in South West England, from June 11-13. UK had on December 15, 2020, officially invited India to attend the G-7 Summit meeting. The invitation was extended by British Foreign Secretary Dominic Raab during his visit to India. “I’m pleased that PM Boris Johnson has invited PM Modi to join the UK-hosted G7 summit next year…We look forward to taking the spot in 2021 including the UK’s presidency of G7 and also our presidency of UN Climate Change Conference.

We welcome India’s return to UN Security Council,” he had said. Although there has not been any confirmation by the Prime Minister’s Office (PMO) yet, reports from Cornwall, the venue of the Summit, said Prime Minister Modi along with his Australian counterpart Scott Morrison and South Korean President Moon jae-in will be attending as ‘’guests.’’ The Summit will be attended by Joe Biden, presently US President-elect, German Chancellor Angela Merkel, French President Emmanuel Macron, Canadian Prime Minister Justin Trudeau, Italian Prime Minister Giuseppe Conte, Japanese Prime Minister Yoshihide Suga and President of The European Commission Ursula von der Leyen. India, Australia and South Korea have also been invited to attend although they are not regular members of G-7. All three nations have confirmed their attendance, Cornwalllive said. They (the regular members) ‘’will be joined by the leaders of Australia (Prime Minister Scott Morrison), India (Prime Minister Narendra Modi) and South Korea (President Moon jae-in) who will attend as guests,’’ Cornwalllive said.

The Group which was previously G-8 (Group of eight most industrialized countries) with Russia included, was reduced to G-7 after Russia was excluded following Crimea joining the Russian federation in March 2014. Outgoing US President Donald Trump had assured Russia it would be included again. But UK, who are hosting the Summit this year, strongly opposed the move. While announcing the Summit details the British Prime Minister said he wanted to use Britain’s presidency of the G-7 to forge a consensus that global economy must recover from the COVID-19 crisis in a pro-free trade and sustainable way. “Coronavirus is doubtlessly the most destructive force we have seen for generations and the greatest test of the modern world order we have experienced.