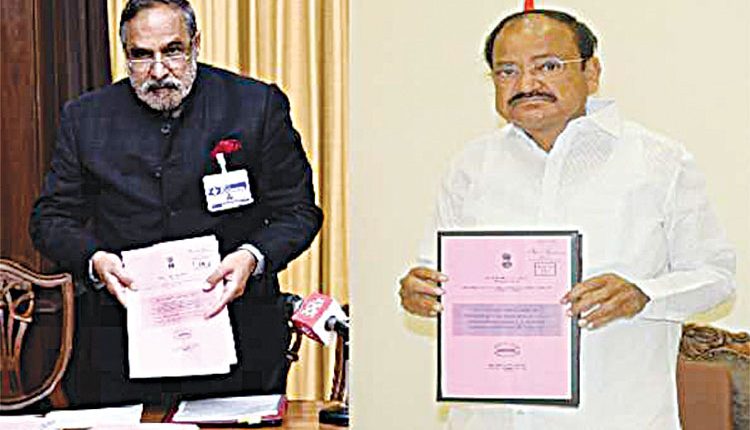 New Delhi, Dec 29 (FN Agency) The Parliamentary Standing Committee on Ministry of Home Affairs (MHA) in its latest report, has flagged in for lower contribution of inputs by the state intelligence agencies in the Multi-Agency Centre (MAC). However, most of the States share their Intelligence inputs with the MAC because the matter pertains to the concerned State also. But, there have been few instances where some state agencies have hesitated to share their intelligence inputs with this MAC, the panel was informed.

The Parliamentary panel headed by the Congress MP Anand Sharma, has submitted a report last week to the Rajya Sabha Chairman M Venkaih Naidu. According to the report, the Committee has also recommended that MHA should act as the focal point to coordinate amongst those intelligence agencies and to devise a mechanism for validating the intelligence inputs and sharing it on real-time basis through MAC. “As we are living in a globalized world which is inter-connected and inter-dependent, our intelligence agencies should strive for increased coordination and cooperation not only at District, State and regional level but also at International level with friendly foreign counterparts in developing and sharing intelligence to mitigate and nullify threats”, the panel observed in its report.

In the parliamentary panel report it has been mentioned that the MAC has established a comprehensive system of communication and connectivity to share/disseminate terrorism related information/data. On an average, every day the MAC gathers, collates, stores, shares and disseminates about 150 intelligence inputs to the concerned agencies, as required special alerts are also issued. As part of the norms such inputs are broadly classified under four heads – Jammu and Kashmir, Northeast, Left Wing Extremism (LWE) and rest of India. The MAC was created in December 2001 in the aftermath of the Kargil conflict as a platform to share, collate and analyse all intelligence relating to terrorism.