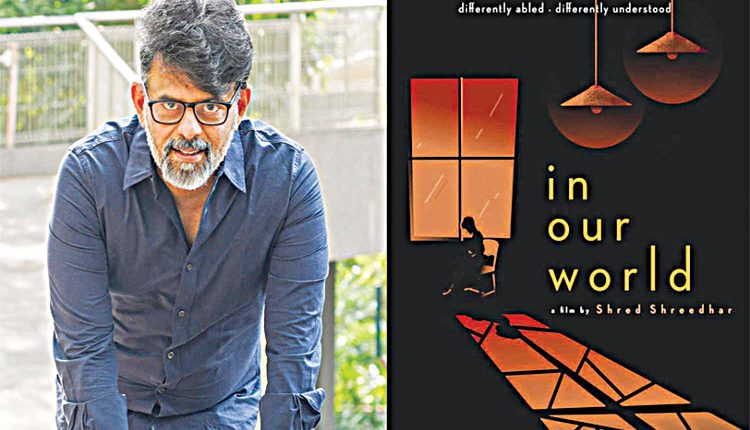 Panaji, Jan 18 (FN Bureau) Shreedhar B S, Director and Producer of ‘In Our Wold’, a documentary film on Autisim, which is being premiered at ongoing 51st International Film Festival of India (IFFI) here, has said that parents should act early in understanding the signs of Autism and not wait for years to come to have them. Mr Shreedhar said,’’ My whole-hearted hope is that the message given by the parents to to fellow parents, who are going to be parents of autistic children, including father mother or extended family, is to have this idea of how to approach the condition and how to help the child much earlier and not to wait for years to come to have them.’’

‘’Why I am saying this because most of the parents whom I have spoken to were in denial and they waited for so many years before they came to this acceptance that my child could be autistic and I need to take his to right therapist. I need to take him out to get help which is not the condition with most of the parents. Most of the parents are in denial that I can match. What happens is that we are super heroes. We feel that we are able to manage our child. We are in a way ashamed or we do not want to accept that our child can be different. Because we feel uncomfortable ourselves. This was the thing that I realised that the content need to go,’’ he said.

The film maker, who is winner of 42 national and international awards for creative excellence, said that even there is zero acceptance of these children in the society. ‘’Even acceptance in the society is also zero. We as an external would not know what the child must be going through. What parents should do is that when your child is not communicating, see if he is having any difficulty in communication. Here autism means that they will not communicate in a way normal children will communicate. May be he is internalising what society is doing to them. I feel that the misunderstanding that behaviour of the these children is with the bad intention need to go.

Then I believe the assimilation will happen and people will accept them among the larger group,’’ he said.Mr Shreedhar said society should understand that there can be different people who will not be the way others are but that does not mean that they not not humans. ‘’They can be different people. They may not be the way we are but that does not mean that they are not humans. Everything is there. Its about acceptance and acceptance I believe comes from awareness. I did not want to make it clinical film. Because there are hundreds of film available to watch. I felt that the reality a parent a child faces everyday life was much more easier for the general public or the society to observe and understand and relate than the medical approach to it,’’ the ace film maker said. The film has documented lives of three autistic children explored through their day-to-day lived reality, to unpack their world and bring about a nuanced understanding so that everybody could coexist with love and respect.