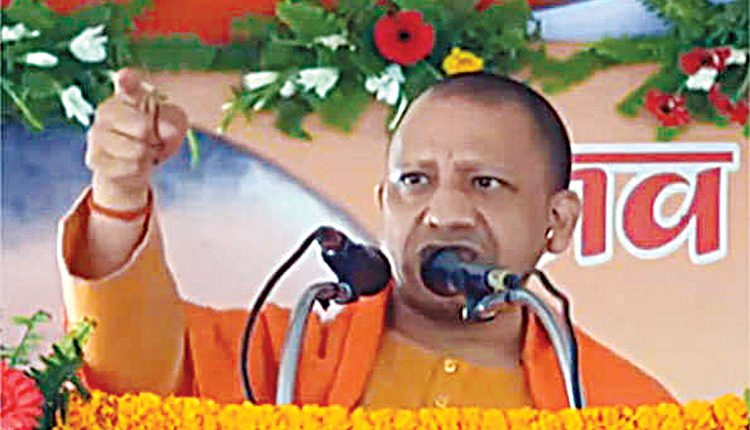 “The state, the system and the resources are the same and only the government is changed and the positivity is visible”

Gorakhpur, Jan 3 (FN Bureau) Uttar Pradesh Chief Minister Yogi Adityanath on Sunday said now entrepreneurs are more than willing to come to the state and invest because of the atmosphere of security and confidence in the state. “The state, the system and the resources are the same and only the government is changed and the positivity is visible.” Now the government is committed to development with a positive attitude,” said the CM, who was inaugurating and laying the foundation stone of projects worth more than Rs 580 Crore in Gorakhpur.

Referring to his recent visit to Mumbai, when the bond of Lucknow Municipal Corporation was listed, the CM said “Since 2017, the perception of people has changed due to the developmental activities taking place. Entrepreneurs, businessmen, film makers who came to meet me, expressed their desire to invest in UP.” Taking a jibe at the opposition, the CM said “During the Ram Temple movement, those who used to say that Lord Ram was imaginary, today they say that Ram belongs to everyone. May the God maintain this wisdom.” Speaking about the development in the Eastern Uttar Pradesh, once dubbed as backward, the CM Yogi said that this region now stood in the competition with any region on the basis of a slew of development works. “For this, the government is working with commitment and development is priority for us. All the institutions have been linked with accountability in development works,” said CM Yogi. Praising Prime Minister Narendra Modi for the successful control of Covid-19 and arrangement of vaccines, CM Yogi said under his leadership, India has become the first country in the world which has got success on two vaccines.

“In all the Covid-19 Hospitals, services were provided free of cost to everyone. 5.73 Lakh people were treated, got healthy and went back to their homes. The corona protocol was followed by the cooperation of the public and now when everything is in routine, we have to maintain vigilance,” the CM said. The CM also informed that a software in being developed for free coaching of competitive examinations to the youths of the state and it is soon going to start for the youths persuing for IAS and IPS. Now the youths will not have to go out of their cities for competitive exams. The projects for which the CM laid the foundation stone included jail bypass four-lane road at Rs.99.04 Crore, six-lane road widening from Nauhur to Padleganj at Rs 89.05 Crore, 24 Bed hospital in district jail at Rs 1.25 Crore, construction of government mentally retarded school at Rs 8.13 Crore, etc.

Chinese oil companies may be delisted in US after Telcos : Bloomberg