No going back on privatisation of BPCL, Air India 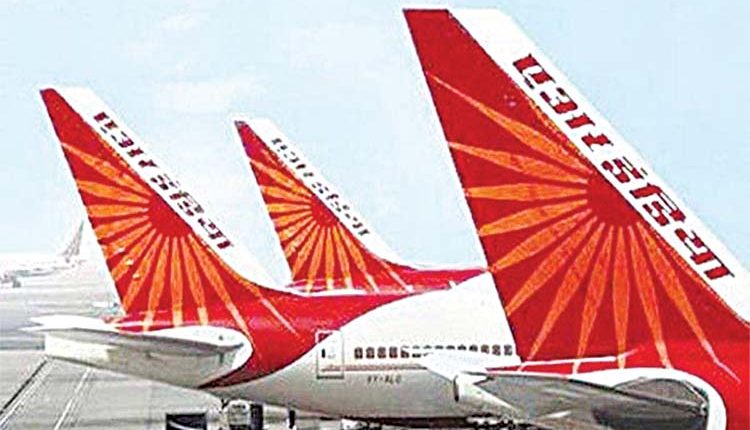 New Delhi, Dec 27 (Agency) COVID-19 carnage may have slightly pushed back timelines but there is certainly no going back on privatisation of bluechip public sector undertakings like BPCL and Air India as the government feels it has no business to be in business. The spadework started late last year and 2020 was supposed to be the landmark year in India’s history of privatisation with at least three top PSUs — the nation’s second-biggest fuel retailer Bharat Petroleum Corporation Ltd (BPCL), national carrier Air India and Shipping Corporation of India (SCI) up for sale.

But the outbreak of the coronavirus pandemic pushed the timelines into the next fiscal but the government is firm on not going back on its disinvestment plans with Finance Minister Nirmala Sitharaman on more than one occasion emphatically stating that the government will continue to push for stake sales. Oil Minister Dharmendra Pradhan, whose ministry is the nodal ministry for BPCL, went to the extent of saying that, ‘the government has no business to be in the business’. In February, Sitharaman set a record disinvestment target of Rs 2.10 lakh crore for the fiscal beginning April but Rs 12,380 crore from minority stake sales in four public sector companies is all that has been garnered so far. The disinvestment target, like last year, looks almost impossible to achieve. The target was anyway daunting as it was four times that of Rs 50,298 crore raised in 2019-20. The target of Rs 2.10 lakh crore, includes Rs 1.20 lakh crore from CPSE disinvestments and Rs 90,000 crore from stake sale in state-run financial institutions, including LIC and IDBI. Government officials expressed confidence of completing BPCL and Air India sale in the next few months.

Privatisation drive The Department of Investment and Public Asset Management (DIPAM), which manages government stake sale programmes, had kicked off the privatisation drive inviting preliminary bids for debt-laden Air India in January. In early March, it invited bids for selling its 53.29 per cent in oil marketing and refining firm BPCL. But then, India imposed a nationwide lockdown to contain the spread of coronavirus from March 25. The outbreak of the pandemic took its toll on the privatisation drive and the government had to repeatedly extend the deadline for submission of bids for the two companies. As the year drew to a close, the government said it has received ‘multiple’ preliminary bids for the two companies, but the real test remains with those translating into financial bids after potential investors undertake detailed scrutiny of the companies.

While mining-to-oil conglomerate Vedanta and two global private equity funds — Apollo Global Management and I Squared Capital-owned Think Gas — have put in bids for BPCL, salt-to-software conglomerate Tata Group and US-based fund Interups Inc aree among the potential buyers of Air India. Late in 2020, the government invited preliminary bids for the sale of its entire stake in Shipping Corporation of India (SCI) with the hope of completing the transaction in 2021. With over two dozen companies, including Container Corporation, Cement Corporation, BEML, Pawan Hans, Scooters India and some steel plants of SAIL lined up for strategic sale since 2019, the question remains as to how soon the real privatisation drive starts. Trailing CPSE shares With share prices of CPSEs (Central Public Sector Enterprises) trailing compared to private sector peers, the government has put the onus on the top management of CPSEs to improve investor confidence by way of quarterly dividend payout to reward them and engage with them to assuage their concerns, if any.

DIPAM Secretary Tuhin Kanta Pandey had flagged the issue of lagging market valuation of CPSEs saying that between March and November while the Sensex and the Nifty rose by about 50 per cent, the BSE CPSE Index climbed only 19 per cent. ‘In general, we have a problem of PSU stock valuation in the market. We must also do atma chintan (introspection)… as to why this is happening. Is it due to something inherently problematic in the way we manage our companies, or is it some issue in the government policy,’ Pandey had said. He had also suggested inclusion of CPSEs’ market capitalisation improvement and asset monetisation as parameters in the MoU target they sign with the government.

Improving share price is the need of the time and till privatisation starts, the government would be banking on minority stake sales to meet its disinvestment target. Revenue pressure The run rate of disinvestment mop up has been slow in the first nine months, but then typically, it is the January-March period that sees conclusion of a spate of deals. The plans to launch the initial public offering of Life Insurance Corporation (LIC) this fiscal is ambitious as the pre-IPO process of the country’s largest insurer would take time with technicalities involved in actuarial valuation and valuation of huge real estate assets of the company. While Air India disinvestment is not likley to conclude by March 2021, the BPCL deal, coupled with privatisation of Shipping Corporation and CONCOR can push disinvestment proceeds to close to Rs 80,000 crore this fiscal. However, that would still be far less than the Rs 2.10 lakh crore earmarked from disinvestment.

CIBIL and it have to do with credit score