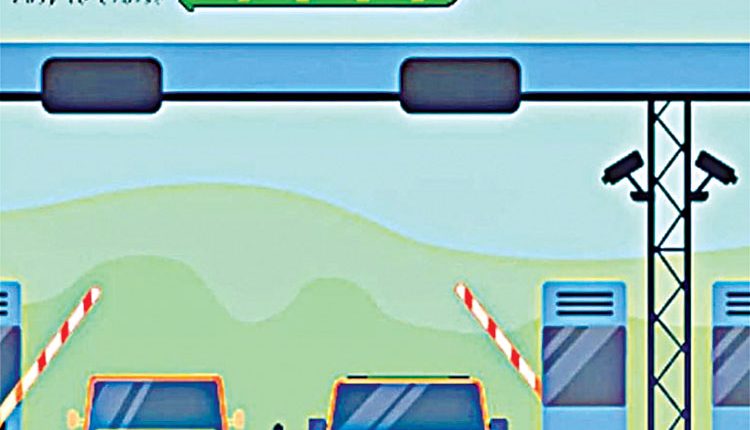 New Delhi, Feb 28 (Agency) All four-wheelers now mandatorily need a FASTag on them on highways across India. This new law’s implementation does not seem to be as smooth as one would have expected as recently a jam sort of situation had come up near the toll plazas after the automatic scanners were not able to scan the FASTag. As a result, on many toll plazas, the person on duty had to scan the tag physically which obviously took more time than what one would have expected ideally. Taking cognisance of this situation, the National Highways Authority of India (NHAI) has made a decision to draw different coloured lines at every toll lane on the National Highways.

According to a report published in The Times Of India, these different coloured lines will help in the smooth transition of vehicles. From what is known till now, once a car touches the coloured line,the person sitting at the toll plaza will open the gate for all the vehicles to pass for free. With this system in place, when a queue is formed, a jam like situation will not occur as the gate will remain open for all.

A source close to The Times of India revealed that the central government has already started monitoring the entire situation. He said that orders have been given to concerned people for strictly live monitoring everything and ensuring that all measures are taken for a smooth pass of the commuter. Apart from this, the source also mentioned that the transactions through FASTag have increased by a whopping 90%. It is worth mentioning that before FASTag was made mandatory, only 60% to 70% transactions were made through it. The source also states that all toll plazas have been informed that if their scanner is unable to scan the FASTag, then they must allow the commuter to pass by for free.