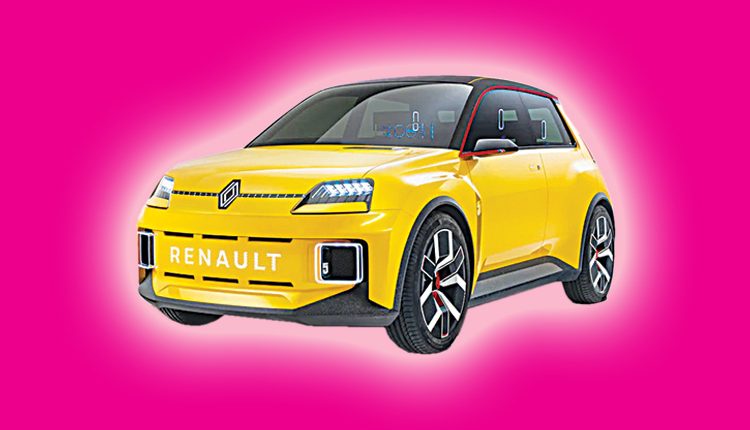 In recent years, several of Europe’s legendary small city cars have been getting a new lease of life thanks to the electric vehicle revolution. The Mini, the Fiat 500 and now the Renault 5 have all been revamped with 21st-century versions, winning over a whole new generation of fans, not to mention nostalgic drivers.

The Mini
In 2019, Mini unveiled its eagerly awaited all-electric model, the Cooper SE. This EV landed on the market 60 years after the launch of the very first Mini, manufactured at the time by BMC, but which would, 10 years later, become a brand in its own right. On the outside, this new model echoes the design of the classic three-door Mini, but with a charging port located above the back right-hand wheel. Under the hood, it has a 135 kW electric motor, although the top speed doesn’t exceed 150 km/h. Its lithium-ion battery promises a range of approximately 250 km, making the Cooper SE an ideal solution for getting around town. Note that Mini previously tested the water in the field of electric vehicles some 10 years earlier with its experimental “Mini E,” of which 500 models were produced.

The Fiat 500
It was Fiat’s turn to create a buzz in 2020 with the launch of its new-generation 500, the first all-electric model. It was billed at the time as the first four-seater electric convertible on the market. As well as electric power (87 kW for a top speed of 150 km/h), it promises plenty of onboard technology. This EV is equipped with a whole range of driver assistance functions, including Level 2 autonomous driving, automating certain aspects of speed control and steering, although still under the driver’s monitoring and responsibility. The Italian carmaker promises a range of up to 320 km. Fiat even signed up an all-star ambassador for the occasion, with the fervent supporter of electric vehicles, Leonardo DiCaprio.

The Renault 5
The big news of early 2021 is that Renault has announced plans to revive its legendary R5. For the moment, it’s still a prototype, but it nevertheless paves the way for a future all-electric production model, which could land at an even more affordable price than the ZOE, according to Renault’s new CEO, Luca de Meo. The most immediately striking thing about this car is its modern-yet-retro look, which perfectly echoes the unique design codes of the legendary small car, almost 50 years after its launch. Here, it’s refreshed with modern touches, such as the styling of its lights and the revamped diamond badge — the brand’s latest logo. Amid the excitement surrounding this announcement, various specialist media sites are already speculating whether Renault might follow up with an electric version of the 4L!

Biden is about to send the Electric Vehicle Revolution into Overdrive