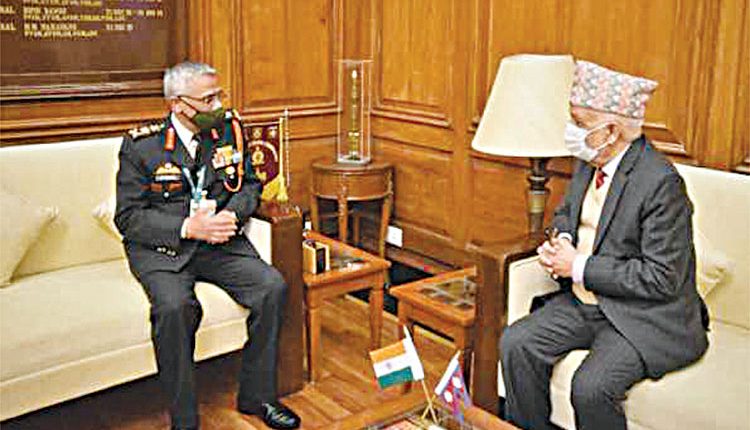 Nepalese Ambassador to India Nilamber Acharya on Thursday paid visit to Chief of the Army Staff (COAS) Gen Manoj Mukund Naravane, the Indian Army confirmed. On it’s official Twitter handle, the Indian Army posted, ‘H.E Mr Nilamber Acharya #Ambassador of #Nepal to #India called on General MM Naravane #COAS and discussed issues of mutual interest.’
The meeting comes at a time, when Nepal is gripped by a political crisis, as Prime Minister KP Sharma Oli decided to get the Lower House of Parliament – the House of Representatives, dissolved on December 20.

Earlier today, Chinese Ambassador Hou Yanqi was reported to have met Pushpa Kamal Dahal Prachanda, the Executive Chairman of the Nepal Communist Party. Nepalese President Bidya Devi Bhandari dissolved the country’s lower house on the request of Mr Oli and called for a snap general election, pulling the country into a political crisis, as many claimed the move to be unconstitutional.