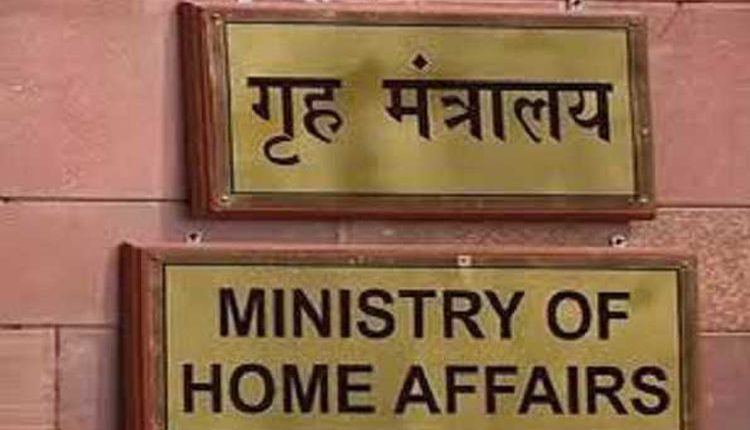 New Delhi, Dec 31 (Agency) The Ministry of Home Affairs (MHA), along with Intelligence Bureau (IB), is considering to extend the connectivity of this Subsidiary Multi- Agency Centre (SMAC) to the district level for which the IB has already identified some districts. The Union Home Ministry had shared a detailed report on the this plan to the Parliamentary Standing Committee on MHA, headed by the Congress MP Anand Sharma.

The Committee has already submitted its report to the Rajya Sabha. According to officials in the security set up here, taking the issues like the leased lines and encryptors for this purpose, the domestic intelligence agency has been in the process of picking up those districts in a phased manner. The Ministry informed the Parliamentary panel that a total of 374 locations were added in two phases. In phase III, the network is being extended to 475 districts selected in consultation with state police and so far, 451 districts have been identified for providing the required connectivity. Out of 451 districts, 174 locations have already connected with the system. Once the phase III gets completed, 825 locations would come under the umbrella of the MAC in days to come, the MHA said.

The MAC has already set up a comprehensive system of communication and connectivity to deal with inputs and data on terrorism and for this, the MAC located in the national capital has been connected with 25 central agencies and all state capitals. In all state capitals, the network links the SMAC at state-level which has been set up in the Subsidiary Intelligence Bureau (SIB), Special Branches of State Police and other offices of counter-terror agencies. The Multi- Agency Centre uses a dedicated, secure electronic network for real-time sharing of inputs and it has been extended across the country, with two custom-built software platforms -‘Threat Management System’ (TMS) and another database device known as “National Memory Bank’ (NMB), a senior official in the security set up said.

The TMS was developed in-house by the IB while the NMB software was developed by Pune based C-DAC on the specifications provided the Intelligence agency. The NMB software has been installed on all SMAC, state police servers and a large amount of data has already been uploaded onto the database by the IB and some other agencies, including some of the states’ intelligence agencies. A MHA official said that every day the MAC gathers, collates, stores, shares and disseminates about 150 inputs to concerned agencies besides issuing special alerts. These inputs are broadly categorized under four heads — Kashmir, North-East, Left Wing Extremism, and Rest of India with the Naxal-related inputs form the largest proportion of the inputs, reflecting the spread of the problem across several states, he added.

Jewellery worth Rs 7 cr burgled by unidentified persons in Palghar