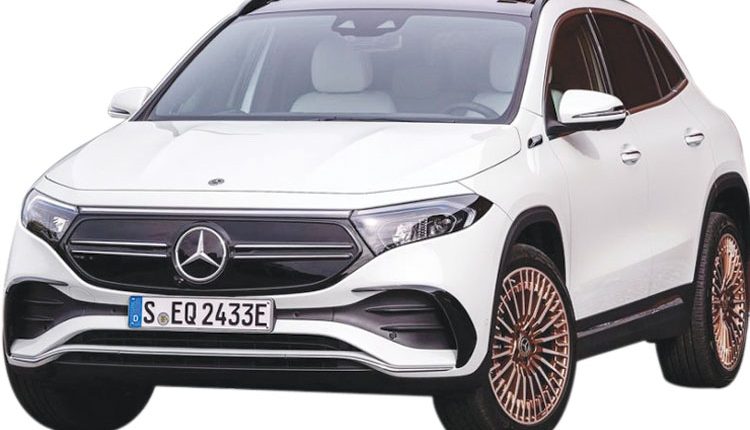 Mercedes-Benz’s two main sub-brands will converge in the future, with plans to offer full-fledged AMG versions of EQ models across the electric division’s range, according to the firm’s COO and R&D boss, Markus Schäfer.

• Mercedes-Benz to offer AMG-tuned variants of the EQA, EQB, EQS, and EQE
• The EQC was the first EV launched by Mercedes-Benz in India

Speaking to journalists after the unveiling of the new EQA, Schäfer confirmed that “an electrical platform in the direction of AMG is coming”. Although no specific platform details were given, he followed up the statement by saying: “There will be performance variants of the EQA, B, S, E.” Although dates for these models have not yet been announced, expect to see an AMG-tuned EQA first, given it’s the first of the listed models to be unveiled.

The others include a 7-seat GLB-based EQB, the EQS luxury sedan and SUV, and the EQE executive sedan and SUV. The larger models are likely to be offered with power outputs in excess of 608hp in AMG form to compete with EV equivalents from rivals. Four-wheel drive is all but certain for these models, with a motor on each axle also offering advanced torque vectoring function.

AMG-tuned Mercedes-Benz EQ models
A move to offer AMG-tuned EQ models seems a natural progression, given rivals’ activities. As well as Tesla’s well-established Performance variants, Audi will offer its E-tron GT electric sedan with an RS version from launch and BMW will announce an M-tuned i4 later this year.

Mercedes-Benz’s EV
Mercedes-Benz launched its EQ sub-brand in India last year, with the launch of the GLC-based EQC SUV. The company’s initial allocation of the EQC is sold out, but the model most likely to follow it is the EQS sedan, which is expected to make its debut in the coming months. Although Mercedes-Benz recently confirmed it will launch 15 models in 2021, it remains to be seen whether the AMG-tuned EQ range will make its way to India.