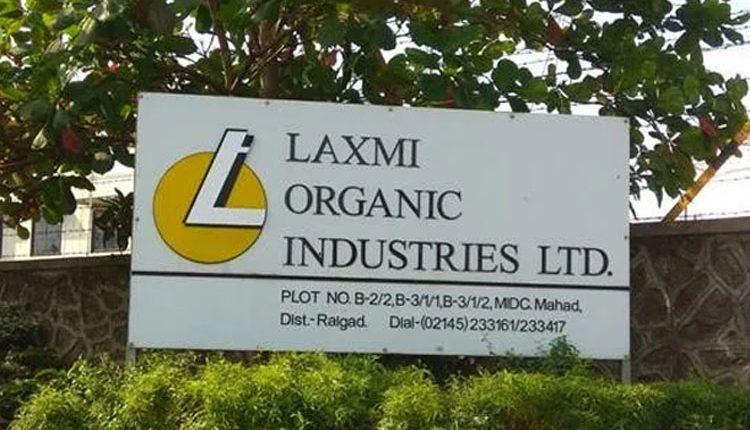 Mumbai, Dec 16 (Agency) Laxmi Organics, a leading manufacturer of Acetyl Intermediates and Specialty Intermediates has filed its DRHP to raise Rs. 800 crore. The IPO is a fresh issuance aggregating to Rs 500 cr and an Offer for sale of face value of Rs 2 each by the Promoter Selling Shareholder, Yellow Stone Trust aggregating to Rs. 300 cr.

The Mumbai based speciality chemicals manufacturer which initially started as a manufacturing company for acetaldehyde and acetic acid in 1992 has now transformed itself as the largest manufacturers of ethyl acetate in India. With an enriched experience of three decades in the industry, Laxmi Organics has a diverse product portfolio into varied chemistries in Specialty Intermediates and has an encapsulated market share of approximately 30% of the Indian ethyl acetate market and approximately 55% of the diktene derivatives market. The Company has significantly expanded its scale of operations and has set a global footprint with customers in over 30 countries including China, Netherlands, Russia, Singapore, United Arab Emirates, United Kingdom and United States of America. Laxmi Organics has been catering to marquee names who have long standing relationships with the company namely Alembic Pharmaceuticals, Dr. Reddy’s Laboratories, Hetero Labs, Laurus Labs, Macleods Pharmaceuticals, Mylan Laboratories, Neuland Laboratories, Suven Pharmaceuticals, Granules India, United Phosphorous, Syngenta Asia Pacific and Sudarshan Chemicals. High growth Industries catering to Pharmaceuticals, Agrochemicals, Dyes & Pigments, Inks & Coatings, Paints Printing & Packaging, Flavors and Fragrances, Adhesives and other Industrial Applications find utilization of the intermediates and ingredients sold by the company. In 2012, International Finance Corporation took a 10.05% equity stake in the company at face value of Rs 10 each which the company bought back in Jan 2020 at an aggregate amount of Rs 820.11 mn.

The net proceeds from the issue will be utilised for funding its capital expenditure planned towards setting up a manufacturing facility for fluorospecialty chemicals, working capital requirements, purchase of plant and machinery, prepayment or repayment of all or a portion of certain outstanding, upgrading existing units besides general corporate purposes Axis Capital and DAM Capital Advisors are appointed as the BRLMs to the Issue. Laxmi Organic’s plans to go to market takes steam after the recent success and fundraising mania of specialty chemical companies like Rossari Biotech and Chemcon Specialty Chemicals which were subscribed almost 80 times and 149 times respectively. Investors expect this sector to benefit strongly geopolitical and trade paradigms shifting and Govt Initiatives propagating Atmanirbharta.