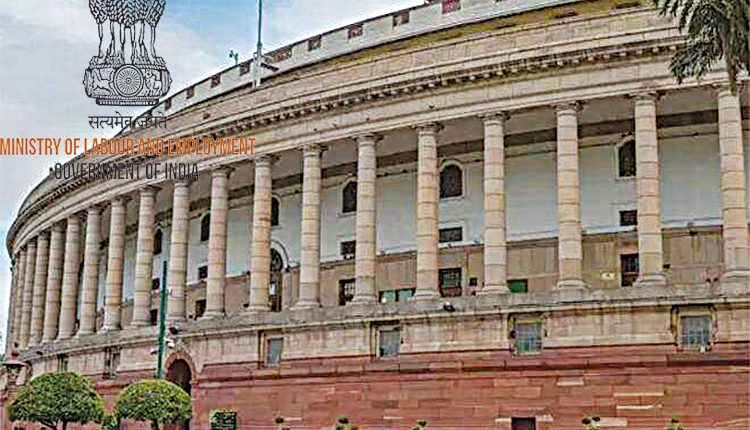 New Delhi, Feb 3 (Agency) A Parliamentary panel has asked the labour ministry to strengthen its monitoring and coordination mechanism for collection of data related to bonded labour in real time basis. The Centre collects this data from states and union territories. ‘As no concrete measures have apparently been taken in this regard, the Committee once again exhort the Ministry to strengthen their monitoring and coordination mechanism so that all the States /UTs create and transmit real time data on bonded labour cases/conviction rates for effective mid-term correction/ reassessment thereof,’ the Parliamentary Standing Committee on Labour said in its 10th report. The report was tabled in Parliament on Wednesday.

The committee said it is dissatisfied to note the reply of the ministry which gives an impression that the ‘Ministry’s role has been confined to merely passing instructions from time to time without making real time assessment of the progress in creation and utilisation of the Corpus Fund at the District Level.’ In fact, in its earlier reports (of 2019-20 and 2020-21), the committee had expressed the need on the part of the ministry to evolve a more robust and effective mechanism to identify, resolve and rehabilitate bonded labour with the overall objective of totally eliminating this social evil, it stated. The committee had also desired that special Fast Track Courts be set up for speedier trial and conviction of the violators found guilty. In its earlier reports, the panel was concerned to note that the scourge of bonded labour still exists in the country though the Bonded Labour System (Abolition) Act was passed in 1976.

The committee was also concerned to note that there was inaccuracy and incorrectness in the data on physical achievements under the scheme to rehabilitate bonded labour. Instead of furnishing the reasons for the incorrectness of the data and clarifying the position thereon, the ministry had merely submitted that issues pertaining to identification and rehabilitation of bonded labour was a subject matter pertaining to the state governments, the report stated. The panel also suggested to the ministry to create a separate database of inter-state migrant workers. ‘Being aware about the utter chaos and confusion during the nationwide lockdown arising out of the COVID-19 Pandemic despite the best efforts of Central Government and the State Governments to relocate and rehabilitate the inter-State migrant workers, the Committee desire that a national data base of the inter-State migrant workers be also developed separately so as to ensure provision of timely succour to them during distress and emergent situations,’ it said.