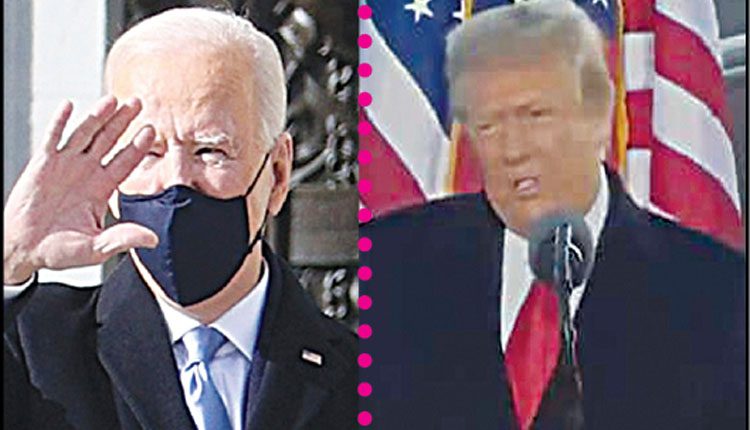 Washington, Jan 20 (Agency) America was waking up to “a new day” said US President-elect Joseph Biden ahead of his inauguration on Wednesday. Declaring that his era would be a departure from that of his predessesor Donald Trump, the Democrat Party politician took to twitter to say “It’s a new day in America,” Joe Biden, who served as the US vice president for eight years during the Obama Presidency is scheduled to be sworn in by US Supreme Court Chief Justice John Roberts today at around noon local time (17:00 GMT). Approximately 25,000 National Guard troops have been mobilized as part of enhanced security measures for the inauguration.

Trump promises to be ‘Back in Some Form’
Outgoing US President Donald Trump, in his final address in office, wished the successor regime luck and pledged to be back in some form. Mr Trump said the incoming regime has a great chance of success, as they are inheriting a strong foundation from his regime. ‘I wish the new administration great luck and great success. I think they’ll have great success, they have the foundation to do something, really spectacular,’ he added.The President conveyed his best wishes to the American people. ‘So, just a good bye. We love you. We will be back in some form … Have a good life, we will see you soon,’ he added.

India’s oil imports at near three-year high in December