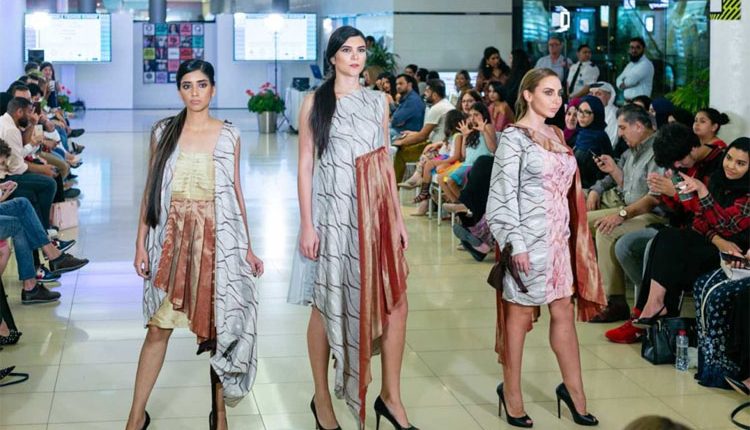 Pune, Feb 18 (FN Representative) The Indian apparel market has been hit hard by the pandemic, but a lesser-known fact is how niche luxury fashion thrives despite an initial downturn. We got in touch with Akram Tariq Khan, Cofounder of YourLibaas, a UAE-based eCommerce company. YourLibaas was founded in 2014 in New Delhi and has pioneered UAE fashion within India.

Given how consumers have cut back on luxury spending, we explore what trends to expect moving forward in 2021. A recent spurt in users from Tier II+ cities has fueled a herculean growth in eCommerce across sectors. Bain & Co have pegged the Indian social commerce market at $20 billion by 2025 in their latest market research report. In an interview with United News of India, Akram Tariq Khan, Cofounder, YourLibaas, explained why and how luxury fashion brands can adapt to the new consumer. When we started back in 2014, the market was ripe for disruption. Key eCommerce marketplaces, including Amazon & Flipkart, didn’t exist in the form that they currently do.

Consumers were hesitant to pay online, but cash on delivery was ramping up demand. We performed internal surveys and found out that there was a significant untapped market for UAE-based designers. We sorted the procurement process and jumped on the bandwagon, and it has worked wonders. YourLibaas recently expanded into the UAE to streamline the procurement process and increase the bottom line. The demand for luxury fashion is higher than ever as physical retail sales are at an all-time low within the last decade, and eCommerce has witnessed phenomenal growth. When asked how has the pandemic affected the apparel industry? What should be strategic changes to cope up and grow, he said that The luxury segment has been hit hard. Purchases that aren’t particularly essential are being postponed. Think about travel, restaurants, the hospitality industry in general, automotive, real estate, or luxury fashion, for that matter.

But at the same time, there is an exciting trend at work. As brick and mortar stores become inaccessible, we have a spurt of new consumers moving online. Brands should adapt to the unique needs to thrive – supporting vernacular language, WhatsApp commerce, penetration into a higher number of zip codes are some of the ways they could win them. At YourLibaas, our CEO Khalid Raza Khan took the initiative for the development of chatbots working in tandem to handle customer support executives’ increased requirements. It was integrated with WhatsApp in a conversational commerce manner that led to revenue numbers higher than pre-pandemic. Are Indian brands facing International competition? What is so special about these designers? He said that We have a powerhouse of talent in India. Right from designing to manufacturing, we have it all domestically. The missing factor is the novelty that these international designers bring to the table. International designers are seen as status symbols elevating one’s position in society. Moreover, they are competitively priced. One could end up either buying Maria B from the UAE or an indigenous designer. These brands have also roped in familiar faces to market to the Indian consumer.

Kareena Kapoor and Jacqueline Fernandes, among others, have modeled for them, lending credibility to the designer. Beauty lies in the eyes of the beholder – what is so special about them is subjective. Some might love the unique designers, while others might buy it only because it has the luxurious Dubai tag attached. Can online shopping replace the brick and mortar experience? How could it be done? He said that Technology does wonder, and it is instrumental in compensating for the missing touch from the physical world. We now have augmented reality that enables virtual try-on tools – one could choose a design and see how it shall look. We have data analytics to predict the user interest and demand and train the pricing and sorting algorithms to ease product discovery. We have AI that enables personalization at an individual level, which isn’t possible in the offline world. So, we are not only replacing what’s missing in online shopping but introducing what was previously unthought of. YourLibaas has embraced conversational commerce in a bid to depart from the robotic-styled way of handling consumers. Consumers appreciate if a brand actively listens to them, and they are more likely to return.

NPA generation rates to remain high during Q2 of FY22, moderate during H2FY22