India should make special provisions for Nepal in its foreign policies 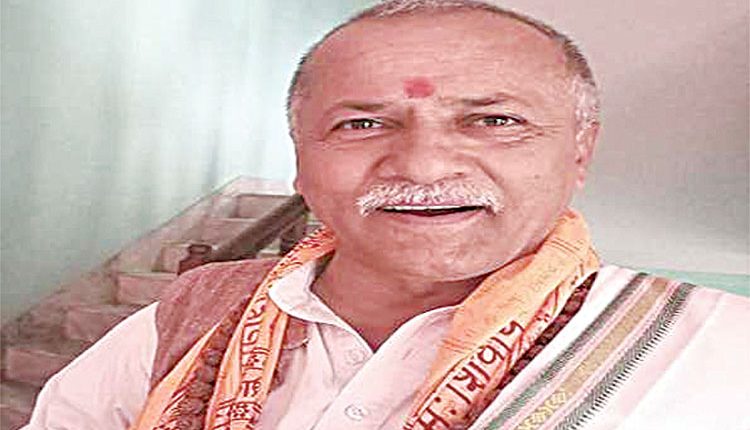 New Delhi, Feb 15 (FN Bureau) India should make special provision for Nepal in its foreign policy, especially to settle the border dispute, and treat the country as an equal in order to strengthen the relationship between the two sides, says Nepal Janata Dal (NJD) president Hari Charan Shah. “India-Nepal are linked culturally since ancient times and we do not have many differences, except for the border disputes at Kalapani and a few other places, which I firmly believe can be resolved through diplomatic dialogues,” Mr Shah told UNI. “Other than that people of Nepal want their prime minister to be treated the same way the head of any other democratic country is treated in India.

Mr Oli too is a democratically chosen leader like Mr Modi after all,” Shah said, suggesting that his country feels sidelined by its age-old friend India. Indo-Nepal ties hit a low in May 2020 when Nepal approved a new map including Lipulekh, Kalapani and Limpiyadhura under its territory – an action it said was in retaliation against the construction of a key road connecting the Lipulekh pass with Dharchula in Uttarakhand. This claim was categorically refuted by India, which said that the road section in Pithoragarh district in Uttarakhand lies completely within its territory. Since then, political leaders from both the sides are batting for a diplomatic dialogue to address the border issue once and for all.

“Once these issues are resolved, “we would like India-Nepal relations to start afresh,” Mr Shah said in a conversation with this correspondent. Last month the two neighbours took part in the Joint Commission Meeting, the first high-level conference post the dispute wherein External Affairs Minister S Jaishankar and his Nepal counterpart Pradeep Kumar Gyawali discussed cooperation in a range of areas including economy and trade, border management, power, oil and gas, water resources, capacity building and tourism among others. The Ministry of External Affairs ruled out any substantive dialogue with Nepal on the Kalapani border issue saying there was a separate mechanism to address the matter, although prime minister K P Sharma Oli had asserted in the National Assembly that discussions during Mr Gyawali’s visit to India will be centred around Nepal’s new political map.

Speaking about the current political turmoil in Kathmandu, where the lower house of Parliament has been dissolved, the NJD Chairman said, “The fact that it is the result of an internal conflict for power in the ruling Nepal Communist Party (NCP) is not hidden from anyone. These communist parties have become opportunists. They (former prime minister Prachanda and present-day leader KP Sharma Oli) are no longer fighting on the moral ground. It has rather become a fight for more power, money and benefits.” “Nepal cannot progress on the lines of Marx and Lenin ideology of the West because our problems and the times we are in are different from that of theirs,” said Mr Shah, adding that the current government and its allies are peddling the same old narratives that create a rift among its inhabitants, especially against the Madheshi community for minting votes. “There is no innovation in their development policies and schemes and hardly any implementation,” he alleged. He also blamed China for the current upheaval in his homeland, “Prachanda and Oli are being tutored by the Chinese communists on the behest of Xi-Jinping.

If it were development, I don’t think we would have minded but we are scared that this may not be the case.” Soon after the dissolution of the Nepal Parliament, India distanced itself from the issue, calling it an “internal matter” of the country, whereas China jumped right into it for damage control by sending Guo Yezhou, a Vice-Minister of the International Department of the Chinese Communist Party (CCP) to Kathmandu. However, much could not be done to reach a consensus. CCP and NCP have grown closer over time which has been made clearer by the fact that China has managed to surpass India by accounting for more than 60 per cent of the total FDI in Nepal.

In the past three years, China has tripled its investment in the hospitality, tourism, cement manufacturing and construction sectors. Mr Shah sought India’s cooperation in “reviving democracy” in his country. “India has always helped Nepal in dire needs, the only way out that I can see in today’s situation is India’s cooperation for reviving democracy in here. We just need a clarion call, the people of Nepal will fight for themselves. All we need is a little help,” he said. He said that the India-Nepal relationship will flourish only if both countries have a like-minded government that strives for the development of its people. The engineer-turned-politician also highlighted the problem of migration as the country’s main headache. “As a result of poverty, unemployment, slow economic growth, and political instability at home more and more Nepalis are seeking work abroad, devoiding our country of its human resource. Forty lakh of our people are in India, about 10 lakh in the west. This problem needs to be taken seriously,” he averred.

“One all these issues are settled, we would like to invite Indian industrialists and businesses to set up their plants in Nepal that will not only help us address the migration issue but will also push us to become a developed nation,” he said, adding, “Padosi shakushal honge tabhi aap bhi chain ki neend so payenge (One will only be able to sleep soundly if their neighbours are at peace).” Shah, who is in India for the past one month, has met quite a bunch of political leaders like BJP leaders Devendra Fadnavis, BL Santosh, Vijay Chauthaiwale, Sanjay Vinayak Joshi, Lok Jan Shakti Party’s Chirag Paswan, Communist Party of India’s D Raja, Janta Dal’s Keshi Tyagi, Shiv Sena’s Shashi Yadav and MP Rajan Vichare to discuss the Indo-Nepal relations. Mr Shah also thanked India for the grant of one million doses of ‘Make In India’ Covid-19 vaccine to Nepal at a critical time when India was rolling out vaccination for its own people.

ONGC to scale up KG basin gas output this year