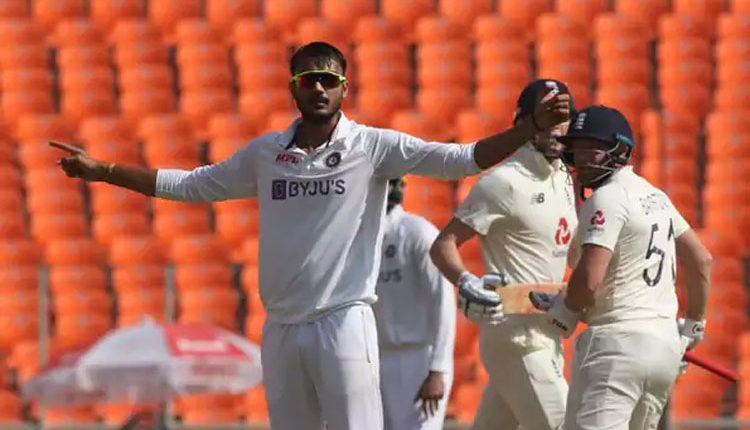 Ahmedabad, Mar 4 (Agency) Joe Root called correctly for the third time in the series but England failed to make good use of the track as they went to lunch at 74 for 3 at Lunch on Day 1 of the fourth Test in Ahmedabad. Axar Patel bagged two wickets while Mohammed Siraj dismissed Joe Root to give India a slight edge after the first session on Thursday (March 4). On the eve of the final Test, Root urged his batsmen to be brave and play with freedom. There was some early drama when India reviewed a lbw call against Zak Crawley on the second ball of the game. Ishant Sharma had pinged the opener in front but the ball was bouncing over the stumps.

The pair batted watchfully for the first five overs and scored 10 before Axar’s introduction. Both Ishant and Siraj had extracted good movement and bounce from the surface, and forced several false shots, but failed to get the first breakthrough. Axar, though, struck on his second ball as Sibley played for the turn and inside-edged a straight ball back onto the stumps. Crawley took his captain’s advice and tried to nullify Axar’s threat by using his feet. However, while he did have a plan, the execution wasn’t quite there. On the third ball of the seventh over, Crawley came down the track to awkwardly defend the ball to cover. On the fourth ball, he again used his feet to tuck the ball to the on side. The next, where Axar pulled his length back a touch, Crawley danced down to clear the mid-off fielder. He failed to connect and was caught by Siraj to walk off for nine.

Root chased a few wide deliveries and missed, and was surprised by the bounce on offer, before he was trapped lbw in the 13th over. Jonny Bairstow and Ben Stokes stayed unbeaten and extended their association to 44 but the pair too had some nervy moments. There were plenty of words from Siraj to Stokes as the left-hander tried to settle in. With moisture in the track, Virat Kohli trusted his pacers to do the job and delayed R Ashwin’s arrival till the 20th over. Stokes lofted the second ball he faced from Ashwin for a six and Bairstow continued to feed on wide deliveries to ease some nerves after a shaky start.