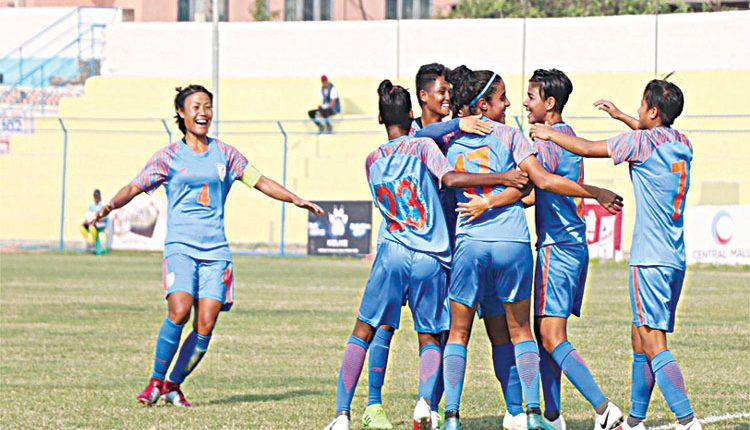 New Delhi, Dec 3 (Agency) India Women’s National team captain Ashalata Devi feels women’s football in India has come a long way forward where they can compete against “high-profile opponents”. The centre-back also feels their performance has improved because of the exposure matches in recent times that the All India Football Federation has arranged to help the team.

“In the last 2-3 years, we have played a lot of exposure matches. When we went to Spain for the COTIF Cup, we played against some high-profile opponents. Playing those high-intensity games have helped us elevate our performance in recent times,” Ashalata said on AIFF TV. “I want to thank the All India Football Federation and the women’s committee for giving us the opportunities as they have put in a lot of effort for putting this together,” Ashalata praised the apex body. She mentioned the importance of strength and conditioning training, which have been added to the regime of late by coach Maymol Rocky. The former AIFF Women’s Player of the Year highlighted the immediate impact of video analysis, which has also been introduced by the current head coach.