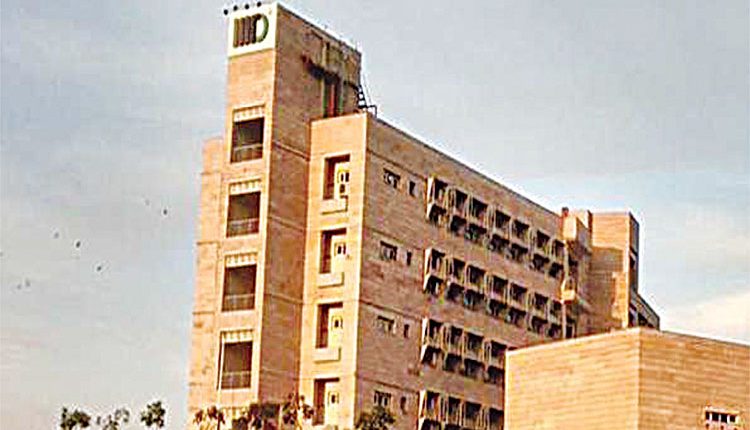 New Delhi, Dec 18 (Agency) Two students of Delhi-based Indraprastha Institute of Information Technology (IIIT) have created a low-cost Braille tab that can be used by visually impaired to engage with modern communication revolution and also to study. B Tech IInd year student Raghul P K and Arjun Raj have made a Braille tab that is not only better than others available in the market, but is also low-cost and interactive. The Braille tablet called E-vision enables the visually challenged to understand images, pictorial data such as graphs, pictures, diagrams, drawings, charts and maps.

Raghul was also awarded the ‘Innovate for an Accessible India’ award by the Nasscom Foundation and Microsoft India for this invention in the past. The award has been conferred in collaboration with the Department of Disability Empowerment. Raghul told UNI that he started work on the project with Arjun in August-September last year. Initially, he made only a tab named ‘E-Vision’ on which even the visually impaired could read and understand maps. Spurred by the encouragement from his colleagues and teachers, he has now prepared the seventh version of the tab, on which it is possible to read graphs and text along with maps in Braille script. Until now, only one line at a time on the Braille tab display was available in the market. In ‘E-Vision’ the entire display becomes available in a single Braille. Also, if any special information is available about the part of the map which is touched, it will be found through voice. Currently, the price of the Braille tab available in the market is at least Rs 70,000-80,000 while the price of E-Vision will be between Rs 5,000 and Rs 10,000. The reason for this is that piezo actuation technology is currently being used to highlight points of braille script on the tab display, which is more expensive. Instead, Raghul and Arjun have used linear actuator and linear electromagnetic array technology. Due to this, the price of this tab has come down considerably.