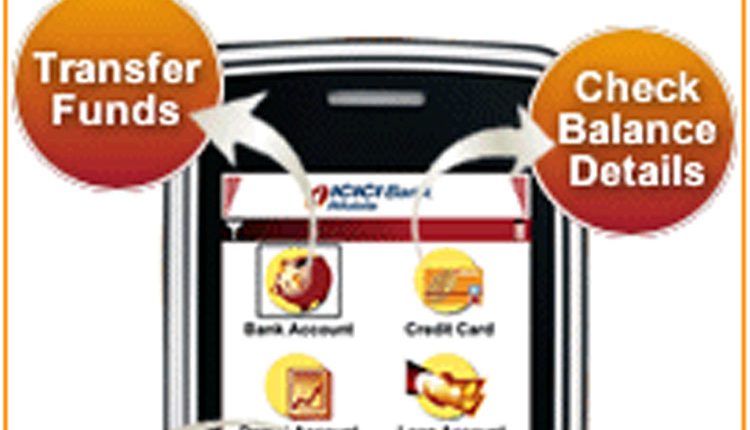 Mumbai, Dec 7 (Agency) Private Sector lender ICICI Bank om Monday said that it has transformed its state-of-the-art mobile banking app, iMobile, into an app that offers payments and banking services to customers of any bank. Called ‘iMobile Pay’, the app offers a unique combination of facilities of a payment app– such as enabling customers to pay to any UPI (Unified Payments Interface) ID or merchants, pay bills and do online recharges among others– with instant banking services namely savings account, investments, loans, credit cards, gift cards, travel cards and much more. The users of ‘iMobile Pay’ can also transfer money to any bank account, payment app and digital wallet.

Another prominent feature of ‘iMobile Pay’ is ‘pay to contacts’ which enable users to automatically see the UPI IDs of their phone book contacts, registered on the ICICI Bank UPI ID network, of any payment app and digital wallet. This unique functionality provides users a significant convenience of inter-operability, as they no longer have to remember the UPI IDs and can easily transfer money across payment app and digital wallet. A first-of-its-kind facility in India, ‘iMobile Pay’ extends the ambit of mobile banking apps which are hitherto restricted to only the customers of the respective banks. At the same time, ‘iMobile Pay’ eliminates the need to maintain multiple apps—be payments or banking—as it empowers customers to undertake all transactions. In the process, it also offers compelling reasons for users to link their multiple bank accounts to this app. To get started on ‘iMobile Pay’, customers of any bank in the country can download the app, instantly link their bank accounts and generate a UPI ID (which is simply their mobile number e.g. [email protected]) to avail all the facilities. Speaking on the initiative, Mr. Anup Bagchi, Executive Director, ICICI Bank said, “ICICI Bank has always been at the forefront of introducing pioneering innovations. These innovations have played a key role in transforming the way digital India banks. In line with this rich tradition, we introduced the country’s first mobile banking app, iMobile, in 2008.

Mr. Dilip Asbe, MD & CEO, NPCI said, “We are delighted to facilitate ICICI Bank in transforming its mobile banking app empowered with UPI and interoperable with all other UPI based payment apps. This is yet another initiative that will inspire the ecosystem to integrate interoperability on digital platforms. UPI is known to provide seamless, secure and convenient payment experience to its users and it is our belief that the large scale adoption of UPI will strengthen the ecosystem and help in achieving the common goal of less- cash society.” Over the years, marquee research agencies have adjudged iMobile as one of the best banking apps in the world for its large array of services, user-friendly functionalities and intuitive design. For example, iMobile has been rated among top ranking apps for the past five consecutive years by Forrester, a reputed global research firm.

Price of iron products soars; hike of over Rs 10 per kg