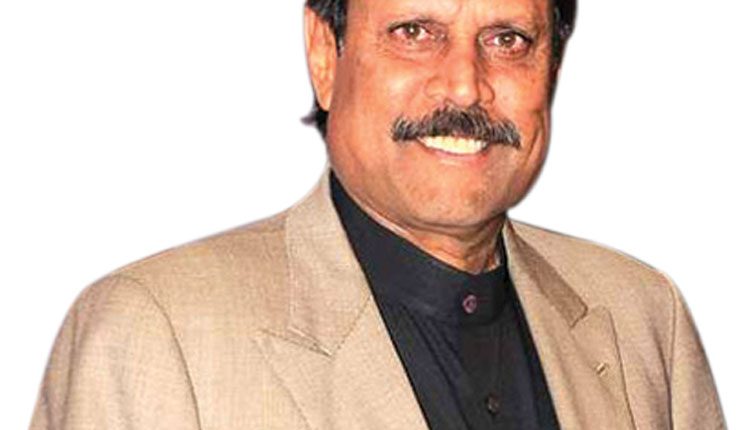 Kolkata, Jan 21 (Agency) “I won’t join politics as I can’t change my own personality for politics. I didn’t join politics because I had learnt that it was not possible to air an opinion contrasting with the party chief. I don’t want to curb my own, natural way of thinking,” said India’s first World Cup winning captain, Kapil Dev, at a session of Ek Mulakat Visesh organized by Prabha Khaitan Foundation of Kolkata and presented by Shree Cement. The lively session was introduced by Ruhi Syal in which the ace cricketer was in conversation with Archana Dalmia of Ehsaas Woman of Delhi with hundreds of guests joining in from all over India.

“Winning or losing an election is different as long as I have an opinion of my own. I would even stand with the opposition if my opinion matches with it. That’s the way politics is in my mind,” Kapil Dev said. Kapil Dev who has played cameos in films over the years feels like politics, acting isn’t his cup of tea, “My mother had said I should never do anything other than sports as I do not have a good appearance. So I never tried acting. I haven’t acted in a cameo but just played the Kapil Dev role to make a movie better and look authentic.” Regarding a forthcoming biopic in which Ranveer Singh and Deepika Padukone would portray him and his wife Romi, the former Indian cricket captain said, “The film is on the 1983 Indian cricket team that won the World Cup. The film is about the journey of India’s World Cup win. The makers are going to show both good and bad experiences of that journey.” When asked – “Was winning the World Cup in 1983 still the most defining moment of your life?”

Kapil Dev said, “Not at all. I don’t think so. The most important moment is still the day when I was born and the second most important day was when I played for India first. To me, as a kid, the most important was to represent the country. That was the best time of my life.” Commenting on India’s changing sporting scenario Kapil Dev said, “Cricket is not only about the World Cup. It is about people like Dhoni, myself, Harbhajan Singh or Zaheer Khan who came from very small towns. Thirty years ago cricketers hardly used to come from small towns or tier two or tier three cities. Now 90 per cent of the cricketers come from semi-metro cities and towns. In twenty years from now, I am sure lots of cricketers will come out from very small towns, may be from villages because sports have gone to all across India.

Now Natarajan (T Natarajan), the bowler who is playing for India, is the son of a mother who runs a tea stall and a father who is working as a coolie. He is playing for India! That’s the change that sports have brought to this country.” As a role model for young and budding cricketers, Kapil Dev said, “No, I think role models keep on changing from time to time. The role models of today’s generation are Yuvraj Singh, Dhoni, Virender Sehwag, Sourav Ganguly. Maybe after 10 years, the role models would probably be Virat Kohli, Shikhar Dhawan because every generation keeps on changing. Thirty years later, the kids won’t know so many cricketers who have played in my time.”

Responding to a question by Archana Dalmia, “You had no social media in your time. Do you think it was a blessing or a curse?” Kapil Dev said, “I think both. I will only ask people to use this medium for betterment. We should try to share good news on social media and be proud of those because at the end of the day, knowledge is strength. Technology, if it is taken in the right spirit, is wonderful, otherwise it can be devastating.” “What makes the legend happy? “Give me fresh food, good friends, a game of golf and I am happy. I like to make my life very simple and look for happiness within myself,” he said. Kapil Dev would also, apart from his family, like to have dinner with personalities like Nelson Mandela, Mother Teresa and Ratan Tata “who have done wonderful things in life.”