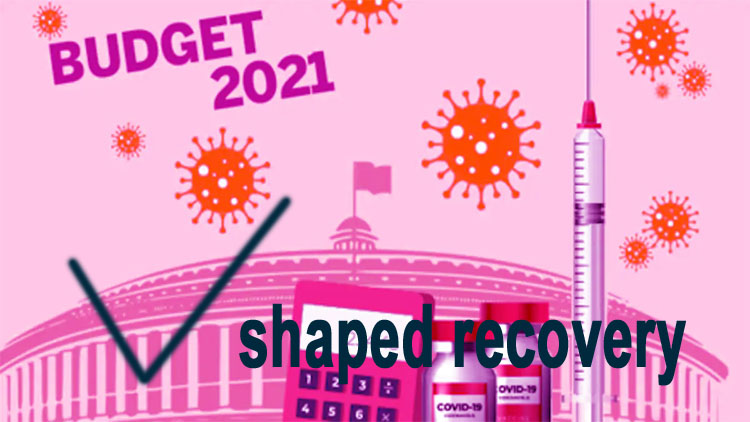 New Delhi, Feb 1(FN Agency) To sustain the “V- shaped” recovery of the pandemic-hit economy and give growth a further boost, Finance Minister Nirmala Sitharaman on Monday unspooled a slew of schemes in the Budget for financial year 2021-22 in line with the Narendra Modi government’s Atmanirbhhar Bharat campaign. As expected, healthcare and infrastructure building are at the centre of the Budget proposals the finance minister unveiled to strengthen the six pillars of Aatmanirbhar policy such as Health & Well-being, Infrastructure, Inclusive Development, Human Capital, Innovation and Research & Development.

Saying that the government is fully prepared to support and facilitate economic growth, the Finance Minister announced the Aatmanirbhar Swasth Bharat Yojana with an outlay of Rs 64,180 crore that will run for six years. She said that in FY22 outlay (Budget estimate) for health and well-being is up 138 per cent and is at Rs 2,23,846 crore. The government also allocated Rs 35,400 crore towards COVID-19 vaccines for FY22 and is committed to more if required. Announcing a major infrastructure boost, the Minister announced highway works in various states and said that the Railways will have a National Rail Plan for upto 2030. For aviation sector, she said that the next lot of airports will be privatized in tier-ll and tier-3 cities and towns.

She said the government is committed to achieving targets laid out under the national infrastructure pipeline. The Budget also has an urban focus. The Finance Minister announced a Jal Jeevan Mission Urban will be launched with and outlay of Rs 2.87 lakh crore over 5 years which is aimed at universal water supply in all 4,378 urban local bodies, with 2.86 crore household tap connections and liquid waste management in 500 AMRUT cities. She also announced Urban Swachh Bharat Mission 2.0 with outlay of Rs1,41,678 crore over 5 years from 2021 focused on complete fecal sludge management, waste water treatment, source segregation, management of waste from urban construction, bioremediation of legacy dump sites. City gas distribution network will be extended to 100 more cities. In the other pillar of Inclusive Development for an Atmanirbhar Bharat, Ms Sitharaman focused on financial inclusion, migrant workers, labour, development of agriculture and rural sector.

For financial inclusion, gig and platform workers will also be provided with social security and women will be able to work night shifts with proper protection. For MSME, the Finance Minister has increased the capital expenditure to Rs15.17 thousand crore, which is double the expenditure proposed last year. To further the National Education Policy under the reinvigorating human capital under the Aatmanirbhar Bharat mission, the Minister said a central university will also be established in Leh for accessible higher education at Ladakh. Data Analytics, AI, ML, MCA 21 version 3.0 will be launched to have additional modules for e-adjudication, consultation, compliance management will be launched. Earlier in the day, Union Cabinet met and approved the Budget.

Budget 2021-22: Rahul lists out three areas where expenditure should be ramped up