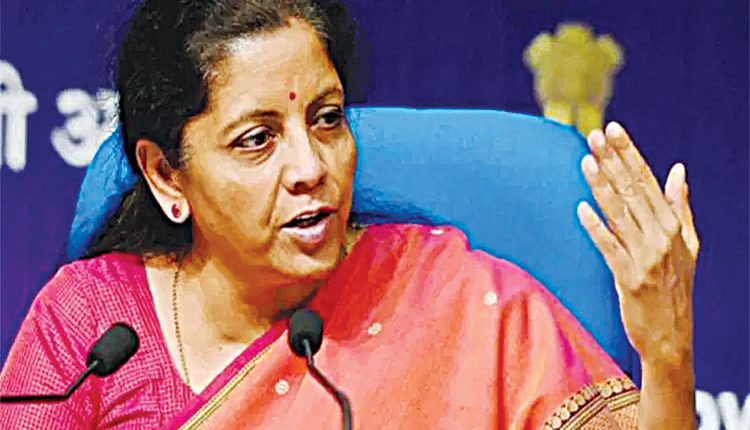 New Delhi, Apr 1 (FN Representative) Terming it ‘Oversight’, the Government on Thursday withdrew the order reducing the rate of interest on various small saving schemes. Announcing the decision, Finance Minister Nirmala Sitharaman said that her ministry is withdrawing the order that cut interest rates on small savings schemes. Calling the earlier announcement an ‘oversight’, the Finance Minister tweeted, “Interest rates of small savings schemes of GoI shall continue to be at the rates which existed in the last quarter of 2020-2021, ie, rates that prevailed as of March 2021.

Orders issued by oversight shall be withdrawn.” The Finance Ministry had announced a cut in small savings rates by 50-100 basis points for the first quarter of the new financial year. It was the second time that interest rates on small savings schemes have been cut in the past one year. In the April-June quarter of 2020-21, the government had slashed rates of small savings schemes by 70-140 bps. The Finance Ministry on Wednesday announced reduction of interest rates on various small saving schemes including Public Provident Fund (PPF) from 7.1 per cent to 6.4 per cent.

Rs. 11,830 cr released to States under the scheme ‘Special Assistance to States for Capital Expenditure’