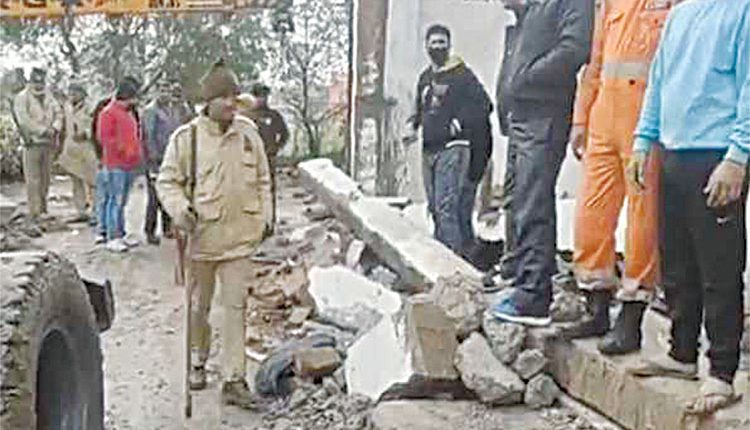 Lucknow, Jan 4 (Agency) With seven more victims succumbing to their injuries, the number of people killed in the Ghaziabad crematorium roof collapse has risen to 25, official sources here on Monday. Meanwhile, the Uttar Pradesh government has arrested three people in connection with the incident. An FIR was lodged against four people of Muradnagar Municipality last night in which three have been arrested, they added. The arrested officials are EO Ms Niharika Singh, JE Chandrapal Singh and supervisor Ashish. However contractor Ajay Tyagi was on the run.

The FIR was registered against the four named people and unidentified others under section 304,337, 337, 427 and 429 of the IPC at Muradnagar police station . Seven more people succumbed to their injuries at the hospital. However, 17 people are still in the hospital undergoing treatment. The incident occurred when the family of one Arvind Kumar, along with his friends, was holding a condolence meet of his grandfather under the roof amid rains on Sunday afternoon. Around 50 people had assembled when suddenly the roof caved in burying almost everybody. Kumar too died in the incident.

ASI Akash suspended on charges of dereliction of duties