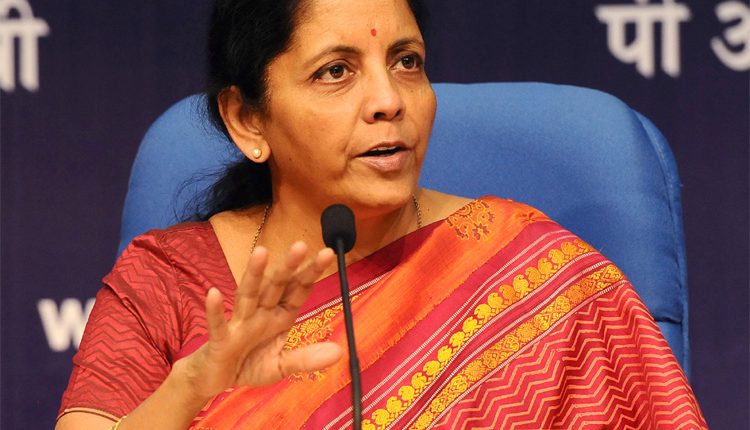 New Delhi Feb 21 (FN Agency) Calling the steep rise in petrol prices as a ‘vexatious’ issue, Finance Minister Nirmala Sitharaman on Saturday urged the Central government, as well as the state governments, to deliberate together and work out a way, so as to put the consumers at ease. Addressing the media persons here, the Finance Minister said, ‘I am treading on an area where whatever I may say to bring reality into picture, will sound like I am avoiding the answer or shifting the blame.

Fuel price rise is an issue, in which no answer except for reducing the price would convince anyone.’ Responding to a question, she said it was a ‘Dharm Sankat’ situation. Stating that the price of petrol and diesel was worked up by the oil marketing companies (OMCs), Ms Sitharaman said that oil prices have been freed and the Centre has no control over it. ‘The OMCs decide whether to reduce or hike oil prices depending upon the cost incurred in importing the crude, refining it, distribution and logistics,’ she said. The Finance Minister further stressed that the constant hike in brent price since November, along with production cuts being predicted by OPEC countries, may put further pressure on oil prices in the coming days. On whether petrol and diesel can be brought under the GST regime to bring down the prices, the Finance Minister said that a decision on it can be taken only after a thorough discussion in GST Council Meet and with consultation among states.

“Once they agree on a rate, all over the country there can be a uniform rate of petrol. There can be just one tax that can be shared by both the Centre and the states,’ she added. Petrol prices rose for the 12th straight day on Saturday, touching an all-time high of Rs 97 per litre in Mumbai, while diesel rate crossed the Rs 88-mark. In Delhi, petrol price rose to Rs 90.58 a litre, while diesel was priced at Rs 80.97 a litre.

India will become USD one Trillion economy if female workforce participation increases to 43 pc from current 23 per: Dr Manish Kumar