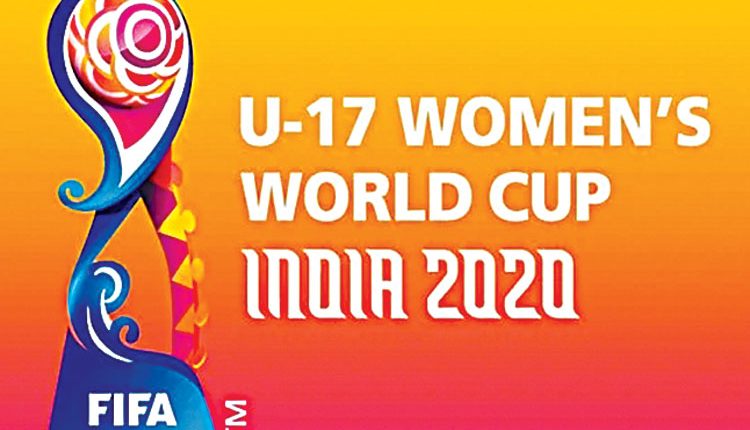 New Delhi, Nov 19 (Agency) The Women’s Under-17 World Cup, which was scheduled to be held in February 17-March 7 next year in India, was on Tuesday cancelled by the world governing body FIFA and the country was handed the hosting rights of the 2022 edition. The decision was taken by the Bureau of the FIFA Council in consultation with various stakeholders after taking stock of the current global COVID-19 pandemic and its continuing impact on football. The FIFA cancelled both the women’s U-17 World Cup and U-20 World Cup which were scheduled to be held in India and Costa Rica respectively but handed both the countries the hosting rights of the 2022 editions. ”… with the inability to further postpone these tournaments, the FIFA-Confederations COVID-19 Working Group subsequently recommended that the 2020 editions of the two women’s youth tournaments be cancelled and that the hosting rights for the 2022 editions be offered to the countries that were due to host the 2020 editions,” the FIFA said in a statement. ”… following further consultation between FIFA and the respective host member associations regarding the 2022 editions of the tournaments, the Bureau of the Council has approved Costa Rica as host of the FIFA U-20 Women’s World Cup 2022 and India as host of the FIFA U-17 Women’s World Cup 2022 respectively, it added.

Notably, the FIFA U-17 World Cup was originally scheduled to be held in five venues in India from November 2 to 21 this year, but it was pushed to February 17-March 7 next year due to the COVID-19 pandemic. The All India Football Federation said it’s unfortunate that the FIFA U-17 Women’s World Cup will not take place next year but insisted that the development of women’s football in the country will continue with the tournament now scheduled to be held in India in 2022. ”Future tournaments will benefit from the work put in and progress made so far including the development of eight new training sites in Ahmedabad and Bhubaneswar, and renovation of the Kalinga Stadium,” the AIFF said. ”This is a pause, and we will continue all the initiatives that were planned for the development and promotion of women’s football. We now look forward to an exciting 2022 with India hosting not one but two international women’s tournaments,” it said, referring to another tournament – the 2022 women’s AFC Asian Cup – to be held in India. ”In light of not being able to host the tournament next year, FIFA U-17 Women’s World Cup taking place in India in 2022 comes as a delightful silver lining,” said AIFF President and chairman of the Local Organising Committee Praful Patel. ‘Following discussions with FIFA, we agreed that hosting the tournament without proper qualifications and without spectators led to more uncertainty, and it would have taken away from our objective of developing and promoting women’s football by hosting the competition in such circumstances,” he added. The FIFA also announced that the Club World Cup 2020, scheduled to be held in Qatar in December, will be postponed to February 1 to 11 next year.