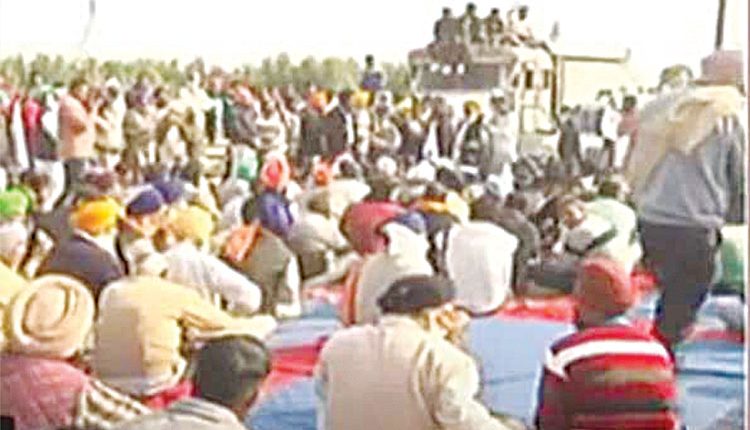 New Delhi, Dec 14 (Agency) Farmers at the National Capital’s borders on Monday morning began their day-long hunger strike further stepping up their agitation which entered the 19th day. The farmers hunger strike began at 0800 hrs and will go on till 1700 hrs at Tikri, Singhu, Gazipur borders as well as other places where they are demonstrating.

Meanwhile, police of Delhi, Haryana and Uttar Pradesh have further tightened the security arrangements and deployment of additional para military personnel at all the protest site borders as well as almost all the Borders points between the northern states to keep the law and order situation in check. Heavy deployment of security personnel was seen at Singhu, Tikri and Gazipur with more concrete boulders being put at other points on other points with Delhi. More farmers groups, especially from Punjab were seen heading to the Delhi borders to support the agitation , while they had threatened to block Delhi Jaipur highway. Meanwhile, commuters from Delhi to the other northern states and vice versa continued to face inconvenience due to the shutdown of the major border points and roads, while traffic movement also got affected in Delhi’s certain areas adjoining the border points as well as the crucial roads.

Vaccination to start from Monday in the US