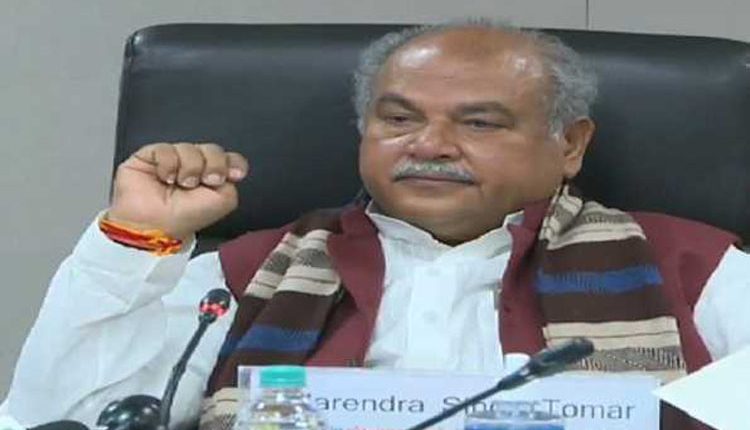 New Delhi, Dec 23 (Agency) Union Agriculture Minister Narendra Singh Tomar on Tuesday said the three new Farm Acts were envisaged to benefit farmers and strengthen the Indian Agriculture. Interacting with the members of International media from the Foreign Correspondents’ Club of South Asia, Mr Tomar said Agriculture sector is the backbone of the Indian economy and under the leadership of Prime Minister Narendra Modi, the focus will be on doubling the farmers’ income by 2022.

The Minister explained that the Farmers Produce Trade and Commerce (Promotion and Facilitation) Act, 2020; the Farmers (Empowerment and Protection) Agreement on Price Assurance and Farm Services Act, 2020, and the Essential Commodities Amendment Act, 2020, are the biggest agricultural reforms in the country so far. He said the reforms will provide the farmers market freedom, access to technology, encourage entrepreneurship and transform agriculture. Mr Tomar further said that India, being the largest democracy of the world, functions on the principle of ‘sabka saath, sabka vikas, sabka vishwas’. During the interaction, officials of the Agriculture Ministry explained in detail the provisions under the Farm Acts and how they will benefit the ryots and lead to the betterment of Indian agriculture in the new eco-system.

Mr Tomar said that enacting the reform laws was not an overnight decision but it has gone through more than two decades of deliberations, suggested by numerous experts and recommendations by varied committees or groups. Regarding MSP, the Union Minister said that it is an administrative decision and will continue. The Modi government has shown its commitment to MSP very clearly with multiple hikes and multi-fold increase in procurement, including in the 2020-21 Kharif season. The Modi government announced MSP hikes based on the formula that farmers will get at least 1.5 times the cost of production. This was a promise made and delivered, he added.

No heat wave in the next 5 days predicts IMD