ECoR to become fully electrified zone by March next 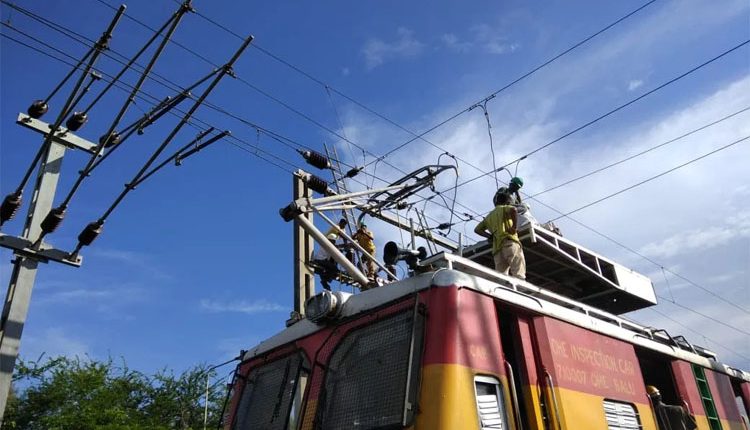 This has resulted in bringing down consumption of diesel oil, reduction in direct emission and saving in haulage cost. Once the remaining sections and terminals are electrified, entire traffic will be on electric traction. ECoR is focusing on solar energy for long term energy security and ecological security by reducing carbon emission. Provision of solar photovoltaic plants in railway premises will reduce dependency on fossil fuel based electricity and result in reduction in emission of carbon dioxide and other harmful gases. ECoR has planned commissioning of solar plants on roof tops of various buildings, workshops, hospitals, railway stations totaling 13.5 MWp to substitute 20 percent energy, for which work is in progress. About 476 acres of land had been identified for installing “land based solar PV installations” with 86.5 MWp capacity , to augment renewal energy generation for meeting traction loads to the maximum extent. Once these solar plants are commissioned, ECoR will have 100MWp of installed solar power leading to reduction of carbon emission by 96,000 tones per annum.

Since 2016, ECoR has taken a mission mode initiative to replace the existing florescent based system with energy efficient LED lights in office building, railway stations, workshops and sheds, residential colonies. With the provision of LED lights, total 2.4 MW of connected load has been reduced.
The provision of LED lights has resulted in reduction in annual energy consumption by 10.4 million units and reduction in emission of carbon dioxide by 8500 tonnes per annum. During 2019-20, 38 pairs of trains have been converted to Head on Generation (HOG) system to substitute the diesel oil which was used for generating electric energy for meeting passenger amenity such as lighting, ventilation and air conditioning in the railway coaches. The HOG conversion of racks, has resulted in estimated savings of 7800 kilo litres of diesel amounting to Rs. 48 crores per annum. In addition ECoR has initiated number of energy conservation programs to reduce energy consumption by reducing wastage, promoting use of star rated appliances and identifying areas having opportunities for conservation with periodical energy audit