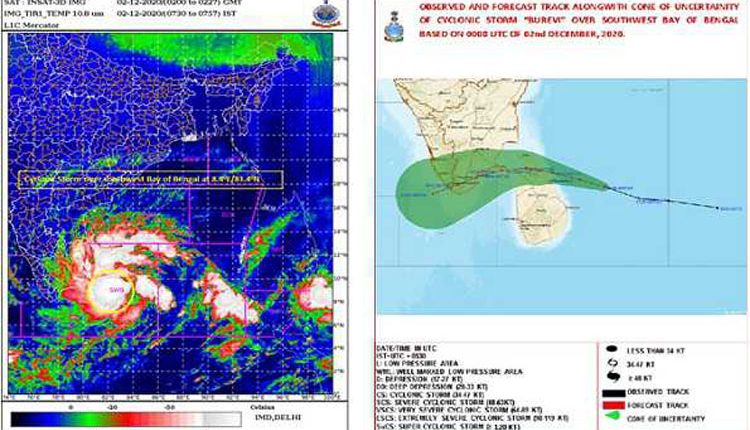 Chennai, Dec 2 (Representative) Named ‘Burevi’, the Cyclonic Storm over southwest Bay of Bengal would come very close to Tamil Nadu coast tomorrow and cross the South TN coast between Kanyakumari and Pamban on December four morning. A bulletin with Yellow message issued by the Met office here on Wednesday said that the storm moved west-northwestwards with a speed of 15 kmph during past six hours and lay centered over southwest Bay of Bengal about 240 km east-southeast of Trincomalee (Sri Lanka), 470 km east-southeast of Pamban and 650 km nearly east-northeast of Kanniyakumari.