Cuomo acknowledges some of his comments ‘misinterpreted as unwanted flirtation’ 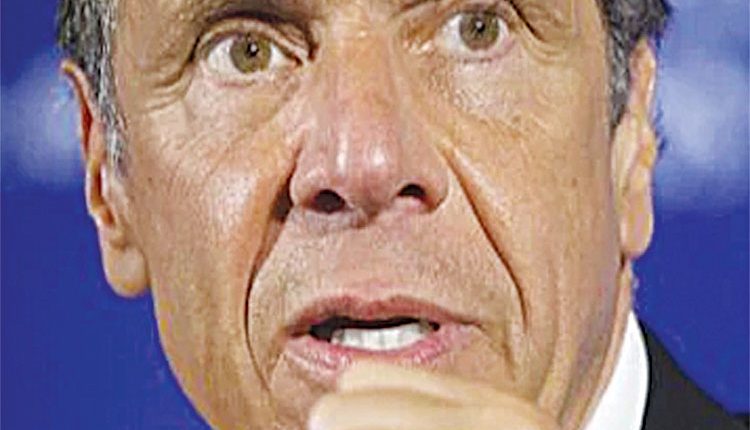 Washington, Mar 1 (FN Bureau) New York Governor Andrew Cuomo has issued a statement denying any inappropriate physical behavior and at the same time apologizing for “teasing” his colleagues. A total of two women have come forward with sexual harassment allegations against Cuomo. Charlotte Bennett, who worked as an executive assistant and health policy adviser in the Cuomo administration last year, told The New York Times on Saturday that the governor had asked her intimate personal questions, such as whether she “had ever been with an older man.”

Days earlier, another former aide, Lindsey Boylan, detailed several harassment incidents involving the governor. She said Cuomo kissed her in his Manhattan office and asked her to play strip poker during a plane ride. “At work sometimes I think I am being playful and make jokes that I think are funny. I do, on occasion, tease people in what I think is a good natured way. I do it in public and in private. You have seen me do it at briefings hundreds of times. I have teased people about their personal lives, their relationships, about getting married or not getting married. I mean no offense and only attempt to add some levity and banter to what is a very serious business,” Cuomo said in a Sunday statement.

The governor had previously denied Boylan’s allegations and also said that he never made advances toward Bennett either. “To be clear I never inappropriately touched anybody and I never propositioned anybody and I never intended to make anyone feel uncomfortable, but these are allegations that New Yorkers deserve answers to. That’s why I have asked for an outside, independent review that looks at these allegations,” Cuomo said on Sunday. Cuomo’s office had announced that it was launching an “independent review” into the allegations made by Boylan. The governor has also said that he was going to have an “outside review” in what concerns Bennett’s allegations.

“I now understand that my interactions may have been insensitive or too personal and that some of my comments, given my position, made others feel in ways I never intended. I acknowledge some of the things I have said have been misinterpreted as an unwanted flirtation. To the extent anyone felt that way, I am truly sorry about that,” Cuomo said on Sunday. The governor urged people who have reached out to Bennett expressing displeasure about her allegations to “stop now – period.” Cuomo said these people “have misjudged what matters to me and my administration.” Earlier this month, US federal prosecutors launched an inquiry into the Cuomo administration’s handling of the COVID-19 pandemic in state-run nursery homes. Cuomo’s order in late March required nursing homes to admit COVID-19 patients discharged from hospitals, while prohibiting nursing homes from testing patients before entry to determine if they remained contagious. Last month, a report by the state attorney general put the nursing home COVID-19 death toll at 13,500 deaths, up from the official 8,500 toll. Subsequent media reports now place the actual toll at about 15,000. Cuomo, a Democrat, has continued to reject the allegations.

‘Less than 10 pc of world’s population have Coronavirus antibodies’