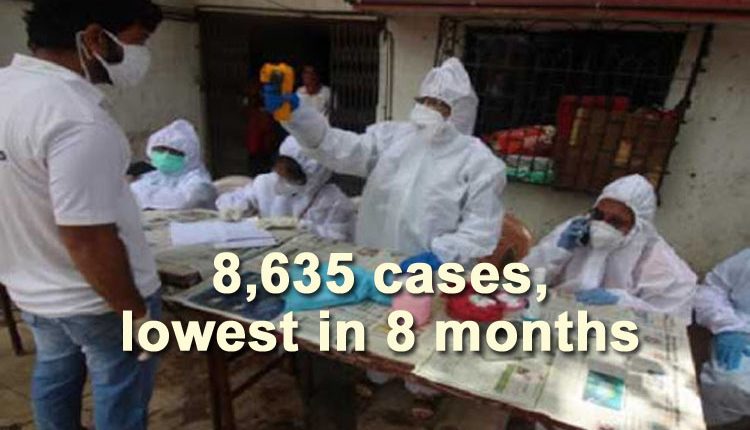 New Delhi, Feb 2 (FN Representative) With the detection of 8,635 new COVID-19 cases, India has recorded the lowest single-day spike in its tally in eight months, pushing the total to 1,07,66,245, according to the Union Health Ministry data on Tuesday. The country witnessed 94 fatalities in the past 24 hours, mounting the death toll to 1,54,486.

Finance Minister Nirmala Sitharaman said that the country will spend an estimated Rs. 2.23 lakh crore on public health expenditure in FY 2021-2022, an increase of 137 per cent against budgeted expenditure from the previous year. More than 39 lakh people have been vaccinated since the government began the world’s largest inoculation drive on January 16.