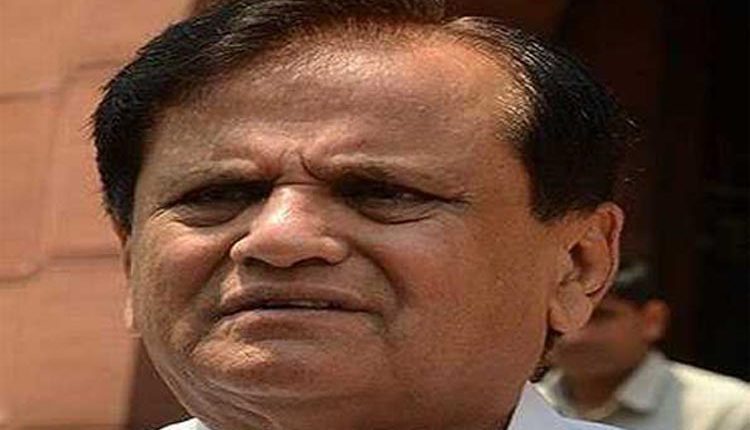 New Delhi, Nov 25 (Agency) Senior Congress leader and eight-time Parliamentarian Ahmed Patel passed away early Wednesday battling the post COVID-19 complications. He was 71. Patel breathed his last at around 0330 hrs at Medanta Hospital Gurugram where he was admitted since November 15. Condoling the demise of their senior leader, the party General Secretary KC Venugopal in a statement said, ‘Congressmen & women across the country are deeply pained & shocked by the passing away of Senior Leader, Shri Ahmed Patel and have joined together to express heartfelt condolences.’

‘As a mark of respect to Shri Ahmed Patelji, the Congress party flag will fly at half mast for the next three days,’ the party said. He is survived by wife Memoona and daughter Mumtaz and son Faisal. His death was announced by his son Faisal Patel and daughter Mumtaz on Twitter. “With profound grief and sorrow, I regret to announce the sad and untimely demise of my father, Mr Ahmed Patel,” they said in a statement. Faisal and Mumtaz further requested all well wishers to adhere to the COVID 19 law and order regulations by avoiding mass gatherings and to also maintain social distancing norms at all times. “After testing positive for COVID-19 around a month back, his health worsened due to multiple organ failures. “I request all well-wishers to adhere to COVID-19 law and order regulations by avoiding any mass gatherings and to also maintain social distancing norms at all times,” the statement read. Congress president Sonia Gandhi, former PM Dr Manmohan Singh and Congress leaders Rahul Gandhi and Priyanka Gandhi Vadra and others have condoled Patel’s demise. ‘I am saddened to hear the shocking news of the untimely death of Shri Ahmed Patel ji.
​​Shri Ahmed Patel ji was one of the most trusted leader of the Congress Party and a great friend of mine. His passing away is an irreparable loss to the Congress Party. ​​My heartfelt condolences to the members of the bereaved family,’ Dr Singh said in his condolence message. In her condolence message Ms Gandhi said, ‘In Sh. Ahmed Patel, I have lost a colleague, whose entire life was dedicated to the Congress Party.

His faithfulness and dedication, his commitment to his duty, his always being there to help, his generosity were rare qualities that distinguished him from others. I have lost an irreplaceable comrade, a faithful colleague and a friend. I mourn his passing and I feel deeply for his bereaved family to whom I offer my sincere feelings of empathy and support.” Patel held important roles in the party. He was Political Secretary to Congress president Sonia Gandhi and her most trusted aide. He was also the party’s Treasurer. A three-time MP from from Bharuch, Gujarat, Patel also served five terms as a Rajya Sabha MP from the state. He was born in the year 1949 on August 21, and did his college studies from Shree Jayendra Puri Arts and Science College, Bharuch. He was a Science graduate. He is the second sitting Rajya Sabha MP to have died of Covid.