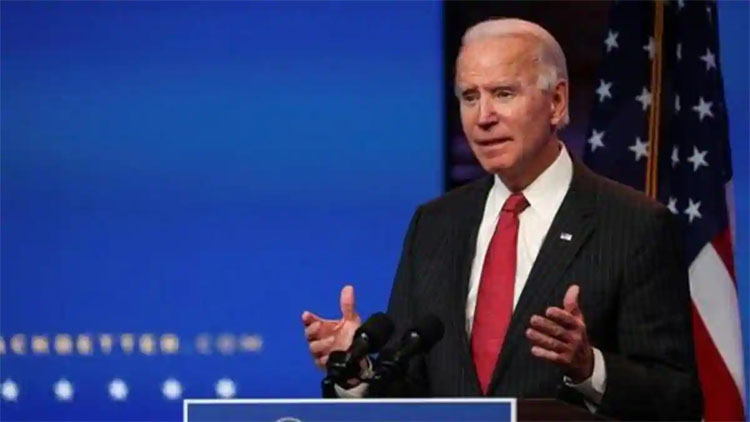 Moscow, Dec 21 (Agency) – US President-elect Joe Biden has said he welcomes the $900 billion economic stimulus package agreed by US Congress leaders, adding that the deal will offer relief to workers and provide the necessary resources to defeat COVID-19. “I applaud the bipartisan Congressional economic relief package that will deliver critical resources to fight COVID-19, including funding for vaccine distribution, and much needed temporary relief for workers, families, and small businesses,” Biden said in a press release that was published on the president-elect’s transition website.

Despite the deal, Biden pledged to step up efforts during his first 100 days in office to lead the country’s economic recovery, adding that the work was “far from over.” Senate Majority Leader Mitch McConnell late on Sunday announced that a deal had been reached on a range of measures to support the US economy. The new package includes $300 per week in enhanced unemployment benefits, $600 stimulus checks for citizens, and a $284 billion boost to the Paycheck Protection Program, which provides loans to small businesses. The Coronavirus Aid, Relief, and Economic Security Act, which was signed into law by President Donald Trump back in March, offered payments of up to $1,200 per adult.