Biden ‘to cancel Keystone pipeline on day one in office’ 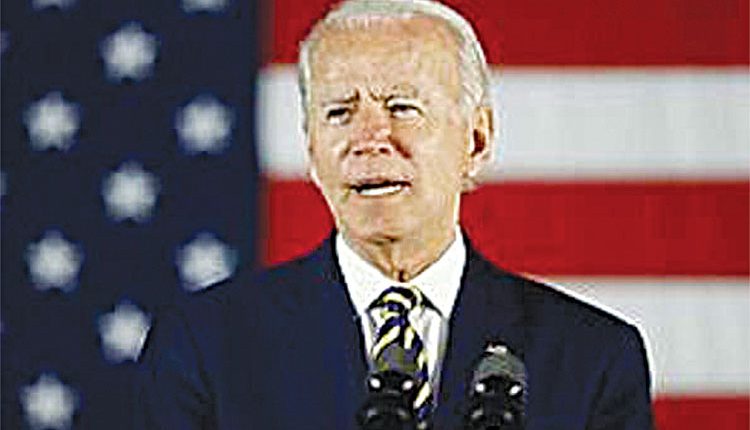 Washington, Jan 19 (Agency) Adding one more item to his to-do list on day one US President-elect Joe Biden said that he would be cancelling the controversial Keystone XL Pipeline on his first day in office. The pipeline which is projected to carry oil for 1,200 miles (1,900km) from the Canadian province of Alberta down to Nebraska, to join an existing pipeline, has been vehemently by environmentalists and Native American groups who have fought against the project for more than a decade.

Mr Biden will sign an executive order revoking the permit for Keystone XL on Inauguration Day – 20 January, a BBC report said. Work on the project had been halted but President Donald Trump ordered the restarting of the work in 2019, when he overturned a decision by his predecessor, Barack Obama, who had vetoed a bill approving construction in 2015. The privately financed pipeline is expected to cost about $8bn (£5.8bn; CAD $10bn). Alberta’s Premier Jason Kenney, said he was “deeply concerned” by the reports of Mr Biden’s plans to cancel the pipeline and said that if he goes ahead with the cancellation then his government would seek legal action. Environmental groups such as Greenpeace have said that the amount of greenhouse gases emitted per barrel of oil from the oil sands can be 30% higher throughout its life cycle than conventional oil. On the other hand indigenous groups in northern Alberta have sued the provincial and federal governments for damages from 15 years of oil sands development they were not consulted on, saying it infringed on their guaranteed rights to hunt, trap and fish on traditional lands.