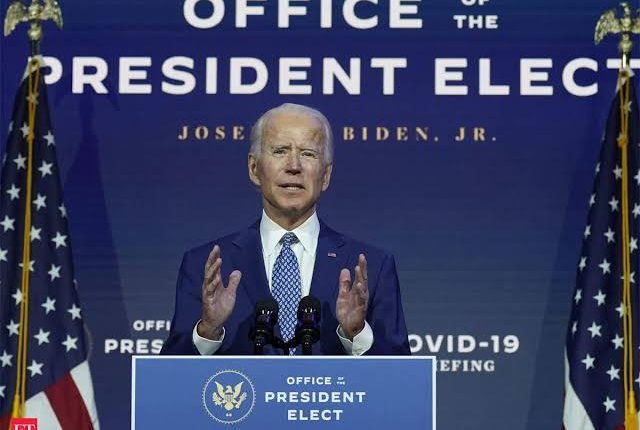 Washington, Nov30 (Sputnik) – Joe Biden wants to appoint Brian Deese, an investment executive and former White House adviser from the Obama administration, as his top economic adviser, Politico reports. Deese will be named director of the National Economic Council in the White House later this week, people close to Biden’s transition team confirmed to Politico on Sunday. According to Politico, other people to be appointed by Biden to his economic team include former Federal Reserve Chair Janet Yellen as Treasury secretary; Adewale Adeyemo as deputy Treasury secretary; Princeton economist Cecilia Rouse as head of the Council of Economic Advisers; and Center for American Progress’ Neera Tanden as Office of Management and Budget (OMB) director.
Earlier on Sunday, Biden’s team announced new members of the White House staff who will serve in senior communications roles. The communications team will be comprised entirely of women and will be led by Kate Bedingfield, a longtime aide who served as Biden’s campaign communications director. Biden named former Obama State Department spokeswoman Jen Psaki his White House Press Secretary.
Major US media outlets have projected Democratic nominee Joe Biden to be the winner of the November 3 presidential election. Official results are yet to be announced. US President Donald Trump has said he would leave the White House if the Electoral College votes for Biden. Trump has repeatedly stated that his victory in the November presidential election was stolen via massive fraud. Earlier this month, Trump authorized the General Services Administration to initiate a formal transition to the Biden team while continuing to dispute the November 3 presidential election results.