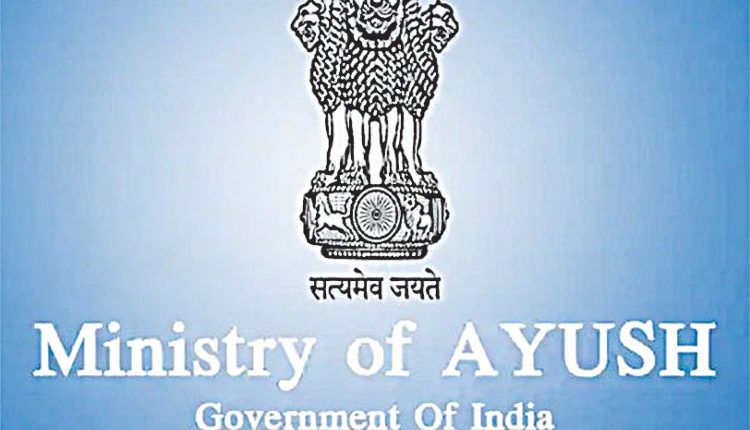 • Standardisation of HS code for AYUSH will be expedited.
• AYUSH will figure in the Brand India activities.

New Delhi, Dec 6 (FN Bureau) The Ministry of Commerce and Industry and the Ministry of AYUSH have decided to work together to set up an Export Promotion Council to boost AYUSH exports. This decision was taken recently in a joint review of AYUSH trade and Industry by Shri Piyush Goyal, Minister of Commerce and Industry and Shri Shripad Naik, Minister of AYUSH. It was also decided in the review that the entire AYUSH sector will work together to achieve price and quality competitiveness to boost AYUSH exports. The review was held through video conference on 4th December 2020, which was attended by nearly 50 industry and trade leaders from the AYUSH Sector. More than 2000 stake-holders of the AYUSH Sector also attended the e-event through live streaming on virtual platforms.

Secretary AYUSH initiated the discussions with a presentation on the action taken on the recommendations of the previous meeting by the Ministry of AYUSH. He also briefed about the various other initiatives taken by the Ministry of AYUSH to mitigate the COVID19 situation and to promote AYUSH industry. He spoke about the emerging opportunities for promotion of AYUSH sector and listed a few hurdles that deserved attention. In the open forum that followed, officials from Ministry of Commerce and Industry, RIS, BIS and Invest India and AYUSH industry representatives shared their thoughts. The efforts put in by the Ministry of AYUSH to take AYUSH- based solutions to the public in the wake of COVID19 came in praise from all. Shri Shripad Naik highlighted the growing global interest in AYUSH- based solutions for disease resistance and treatment during the difficult times of the Covid -19 pandemic. He stated that trade and commerce in the AYUSH Sector needed to upscale quickly in order to meet the growing demands from India and abroad, and to serve the larger number of people who are now looking up to these systems for maintaining their health. He also recollected various steps taken by the Ministry during the pandemic to add protection to the people from the dreaded Corona virus.

He told the participants that the AYUSH immunity protocols and the National Clinical Management Protocol for Covid 19 for Ayurveda and Yoga were timely interventions which provided relief to large sections of the population. The emerging evidence of a correlation between the low Covid -19 mortality rates and largescale adoption of AYUSH prophylactic solutions by the population is significant for the public health practice in the country.
Shri Piyush Goyal, praised the frontline role played by the AYUSH Sector in the fight against Covid -19. The protection offered by the AYUSH systems to the common people during the pandemic time neutralised the scepticism that many people had about the efficacy of the medicines and products offered by these systems. The spurt in exports of AYUSH products in the recent months is a direct reflection of their growing popularity in many countries. The standardisation of the HS codes related to export will be considered on priority as a step to promote exports. He called upon the AYUSH Ministry to work in coordination with the Commerce and Finance Ministries to achieve this early. The Commerce Minister also advised the industry leaders to work simultaneously on the quality and pricing of their products, so that they become increasingly competitive in the global market. He supported the concept of an AYUSH Export Promotion Council and said that the Commerce Ministry would be happy to support the same.

The continued support of Commerce Ministry would be available to the AYUSH Sector on all matters of trade promotion, and special meetings with the functionaries of the Ministry would be arranged as and when required, to discuss any important issue. Evolving appropriate standards which could win international recognition was another advice from the Commerce Minister. He also assured that AYUSH will figure appropriately in the “Brand India” activities being presently undertaken. He underlined the need for the industry and the Government to work together in various aspects of branding and promotion.

Seafood export industry facing crisis due to shortage of containers