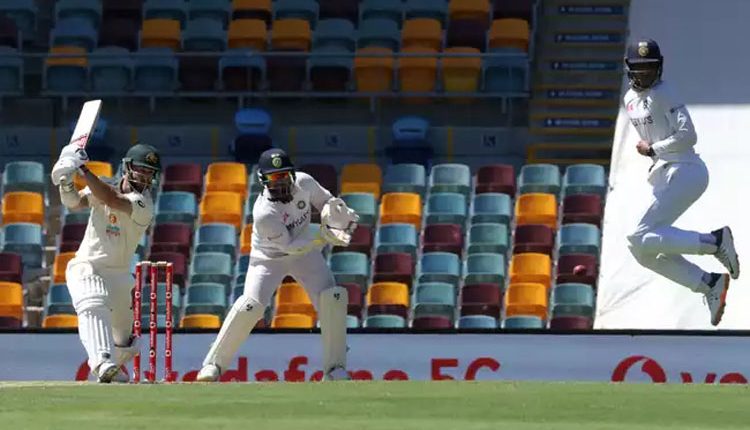 Brisbane, Jan 15 (FN Agency) Mohammed Siraj, Navdeep Saini, Shardul Thakur, T Natarajan and Washington Sundar. There are no fantasy points for this bowling line-up in Test cricket, but that’s what India will have to make do for this fourth and final Test in Brisbane. That the visitors lost another crucial toss, this time at Australia’s strongest home venue, and then lost Saini to a groin injury halfway into the day was a recipe readymade for disaster. But it was anything but that for India.

Australia finished the day on 274/5, riding the highs of Marnus Labuschagne’s fifth Test hundred when they could but lacking knockout blows on either side of it. And they came up short against an attack missing all of its five first-choice members, on arguably the best pitch for batting in this series, and on a far-from-perfect “catching day” for India. There have been few for either side during this series but it was Rohit Sharma early on setting up the tone for a better day in the field for India even though they would go on to drop two catches. Fielding at second slip, Rohit dived in front of Cheteshwar Pujara at first to catch David Warner’s outside edge, expertly extracted by Siraj from over-the-wicket in the first over of the day. It took far less than that to get rid of Marcus Harris, who was guilty of playing a swinging delivery too much in front and miscuing it to square leg. Shardul came up with that wicket, striking with the first ball on his comeback after his 10-ball Test debut, but he would be expensive for the rest of the day and a poor fallback option in the absence of Saini.

Steve Smith and Labuschagne added 60 runs for the third wicket, with the former Australian captain looking fluent in particular. In contrast to Labuschange’s vigil at the start of his innings, Smith drove balls on either side pretty early on before India, fresh after the Lunch break, were able to stitch together a few deliveries and eke out a mistake. He fell to off-spinner’s legside trap again, the bowler this time being Sundar, who was handed his Test cap by R Ashwin earlier in the day. Labuschagne went on to score his second Test hundred at his home ground, but it wasn’t an innings without luck. He was dropped on 37 at gully by Ajinkya Rahane, who seemed to be surprised by the pace and bounce as much as Labuschagne himself, and that moment in many ways set the stage for a 113-run free-flowing stand between Australia’s No. 3 and Matthew Wade. The pair drove and pulled at ease against a wearing attack, something Tim Paine and Cameron Green would also do later in the day but not before their fair share of grind.

India had an opening when both Labuschagne and Wade fell to short balls in consecutive overs from Natarajan, the left-arm seamer who had come to Australia as a net bowler, but it didn’t quite pan out as they would have hoped. Thakur dropped Green off his own bowling in the 80th over, ushering in 24 runs in only six overs with the second new ball. That was the only time India’s inexperience came to the fore, but it was still a day that India would have taken at the start of the day. And Australia not so much.

New challenge for Honda at Assen