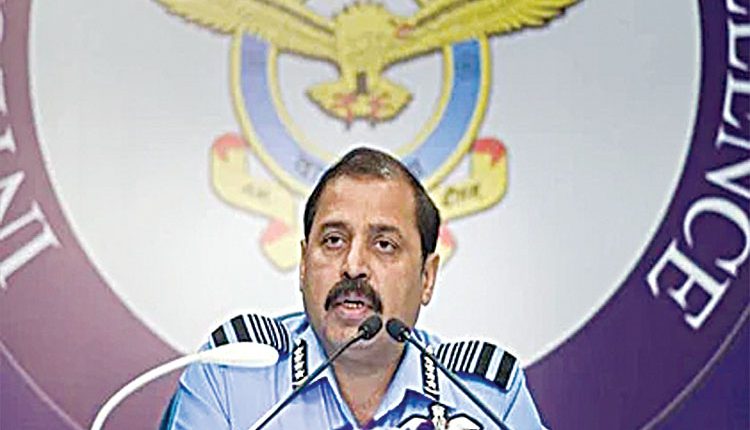 New Delhi, Dec 29 (Agency) Amidst the ongoing border standoff with China in eastern Ladakh, Indian Air Force (IAF) chief Air Chief Marshal RKS Bhadauria on Tuesday said that any “serious conflict” with India is not good for Beijing at the global front. Speaking during a webinar on ‘National Security Challenges and Air Power’ here, ACM Bhadauria said, “Any serious India-China conflict is not good for China at the global front. If Chinese aspirations are global then it doesn’t suit their grand plan. What could be possible Chinese objectives for their action in the north?… It’s important that we recognise what they have really achieved.”

He also said that there is a heavy deployment of Chinese troops along the LAC, adding they have a large presence of radars, surface to air missiles and surface to surface missiles. “Their deployment has been strong. We have taken all actions required to be taken,” he said. The IAF chief further said that the evolving “uncertainties and instability” at the global geopolitical front has provided China with an opportunity to demonstrate its growing power and indirectly it has also brought to fore the inadequate contribution of major powers to global security. Calling Pakistan China’s pawn, the IAF chief said, “Pakistan has increasingly become a pawn in Chinese policy, under an increasing CPEC related debt trap there will be further military dependencies in future. US exit from Afghanistan has opened increased options for China in the region both directly and through Pakistan.”

The IAF chief said that the low-cost and easy availability of simple disruptive technologies such as drones with small state and non-state actors have made China more “lethal, agile and capable of generating disproportionate effects”. India and China are engaged into a border standoff in eastern Ladakh at multiple points for over seven months. The border tension between the two countries flared up manifold in June when troops of both sides engaged in a violent face-off in Galwan Valley in eastern Ladakh, in which 20 Indian soldiers were martyred and several others injured. The two sides have held several rounds of military and diplomatic level talks in the past few months to end the deadlock but failed to achieve any major breakthrough.

Emirates A380 unveils Premium Economy plus enhancements across all cabins