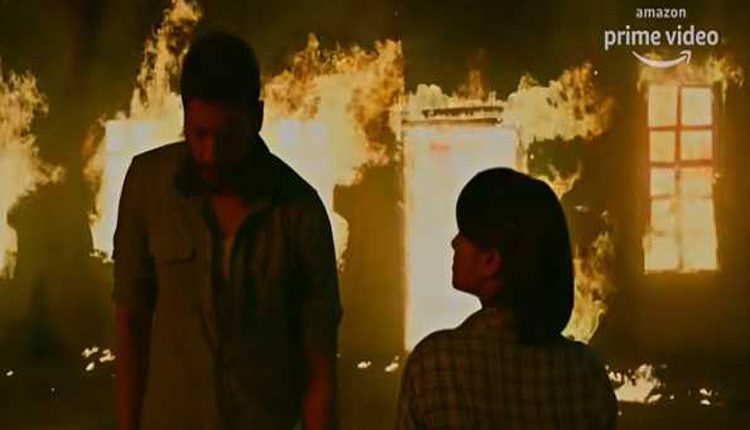 Kolkata, Nov 17 (Agency) Following the remarkable success of its first season, Amazon Original Series Mirzapur creates history with its second season. Amazon Prime Video today announced that the raw, gritty and intense crime drama has become the most-watched show on the service in India within just 7 days of the release of the eagerly awaited new season. Riding high on the success of Season 2 of Mirzapur, Amazon Prime Video also announced the green lighting of Season 3 of the series that has perfectly captured the zeitgeist.

Appreciated by fans and critics alike for its gripping storyline and phenomenal performances, the latest season of Mirzapur has taken the unmatched fandom of the show several notches higher. The second season of Mirzapur not only recorded one of the highest completion rates but remarkably almost half of the viewers who completed the series, binge-watched the second season within just 48 hours of its launch, setting a new benchmark. With a stellar ensemble cast featuring Pankaj Tripathi, Ali Fazal, Divyenndu, Shweta Tripathi SharmaRasika Dugal , Harshita Shekhar Gaur, in the lead roles alongside Amit Sial, Anjum Sharma, Sheeba Chaddha, Manu Rishi Chadha and Rajesh Tailang, the show continues to receive massive adulation and viewership from across the world. This season also featured Vijay Varma, Priyanshu Painyuli, and Isha Talwar who have left an indelible impression on audiences with their passionate and layered performances. The fans of show will be delighted to know that the series, created and produced by Excel Media and Entertainment, has been greenlit for a third season. The returning season of Mirzapur received high acclaim from critics and audiences. The exceptional performance by the entire cast, has yet again left the fans mesmerized, who are now eagerly awaiting the next season.

Some other key highlights and success stories for Mirzapur Season 2include: As tracked by ListenFirst, based on the social mentions (Launch till 7 days), Mirzapur Season 2 reigns as the most talked about Indian Original streaming series till date. Cutting across geographies, Mirzapur Season 2 was watched in over 180 countries within 7 days of its release on the service “At Amazon, we keep our customers at the heart of everything we do. The overwhelming response on the new season of Mirzapur is a testament to our commitment and efforts”, Aparna Purohit, Head of India Originals, Amazon Prime Video India said, “Over the last two years, viewers continued to engage with the immersive universe of Mirzapur and its characters. The love that they have showered on the show for this season has been unprecedented. This encouraging response propels us towards creating content that is exciting, unique and something that our audiences can fall in love with over and over again.

Our collaboration with Excel Media and Entertainment has always been wonderful and we are happy to share this success with them.” Ritesh Sidhwani, Producer, Excel Entertainment, said,“Across two gripping seasons, Mirzapur has become a global sensation and we couldn’t be happier associating with Amazon Prime Video to make this happen! The show’s massive fandom and the viewers’ magnitude of love towards the new season was seen through reactions on social media within days of its release, and we are truly humbled by the response.

The universe of Mirzapur has become more immersive with power, politics and revenge at the centre of it. On one hand, the fight between Munna and Guddu to take over Mirzapur intensifies, on the other hand the narrative takes us to the power corridors where a nexus between politics and criminals prevails. The women of Mirzapur have become bolder and more complex and will not hesitate in using any means to achieve their goals. Who will win in the end? Is there any one left to challenge the Tripathis? The canvas gets bigger this season, but the rules remain the same – without spilling blood you won’t survive here! Mirzapur 2 joins the thousands of TV shows and movies from Hollywood and Bollywood in the Prime Video catalogue. These include Indian films Gulabo Sitabo, Shakuntala Devi, Ponmagal Vandhal, French Biriyani, Law, Sufiyum Sujatayum, Nishabdham, V, CU Soon, and Penguin, Indian-produced Amazon Original series like Bandish Bandits, Breathe: Into The Shadows, Paatal Lok, The Forgotten Army – Azaadi Ke Liye, Four More Shots Please S1 and 2, The Family Man, Mirzapur, Inside Edge S1, and S2, and Made In Heaven and the award-winning and critically acclaimed global titles like Tom Clancy’s Jack Ryan, The Boys, Hunters, Fleabag, Borat Subsequent Moviefilm and The Marvelous Mrs. Maisel.