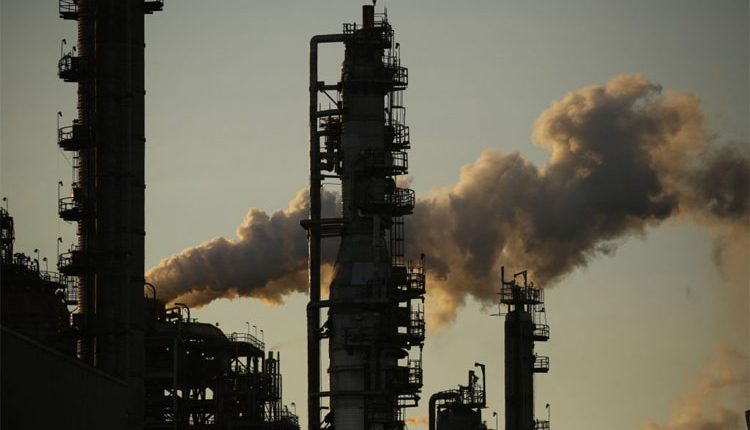 Cape Town, Jan 22 (Agency) After being hit by the pandemic, oil companies in South Africa are unlikely to upgrade refineries to cut sulphur emissions unless the government allows them to pass the costs on to consumers or offers other support, the South African Petroleum Industry Association (SAPIA) says. New rules requiring oil refineries in South Africa to cut diesel sulphur levels to 10 parts per million (ppm) had been due to come into effect in 2017 but have been postponed indefinitely due to a disagreement between the government and SAPIA, which represents oil majors, over who will cover the cost.

SAPIA has estimated that it would cost $3.9 billion for all refineries in the country to upgrade to meet the new rules. “In the current worldwide refining environment … margins are hovering around zero and a large overhang of … product is presently depressing prices,” Avhapfani Tshifularo, executive director of SAPIA, told Reuters in response to emailed questions. “Investment in cleaner fuels in the absence of government support is unlikely to occur,” he said. Pump prices are government-regulated in South Africa and Tshifularo said talks with the government on how companies will recover the cost of investment in cleaner fuel are deadlocked. The Department of Energy did not respond to requests for comment.

Cutting diesel sulphur levels to 10 ppm would be in line with European rules. “Future investment will depend on clarity of the regulations guiding … cost recovery,” said a spokeswoman for Royal Dutch Shell, which operates South Africa’s largest crude refinery, Sapref, in Durban in a 50/50 joint venture with BP. The pandemic, lower oil demand and pressure from investors to cut carbon emissions have forced oil majors to close some refineries around the world that were operating on very slim margins.

“ASTHMA, CANCER, LEUKAEMIA”
In 2006 South Africa, a net importer of petroleum products, banned lead from petrol and limited sulphur dioxide levels in diesel to 500 ppm, a sixfold decrease. Some refiners have reduced levels to 50 ppm. Still, according to the International Council on Clean Transportation, the health impact of exhaust emissions in South Africa has worsened in recent years. In 2015, there were 1,420 premature deaths linked to vehicle exhausts, a 6.5% uptick from 2010, a report by the council in 2019 showed. In 2019, South Africa refined 70% of its 12.9 billion litres of diesel needs locally. Some refinery owners have suggested they could exit the domestic market, as the high costs of upgrading refineries to meet cleaner fuel specifications and a new carbon tax are among factors that weigh on capital expenditure projects.

Environmentalists say it is unfair to expect consumers to pay for investment in cleaner fuel. “Why should the consumer pay for cleaner fuels when they (oil companies) have made huge profits at the expense of the people living next to the facilities and who have been affected with asthma, cancer and leukaemia for many years?” said Desmond D’Sa, coordinator of the South Durban Community Environmental Alliance. Durban is the hub of South Africa’s petrochemical industry. Engen, majority-owned by Malaysia’s state-energy company Petronas, and Glencore unit Astron Energy – which both operate South African refineries that are currently shut after fires last year – did not respond to emailed questions for comment.