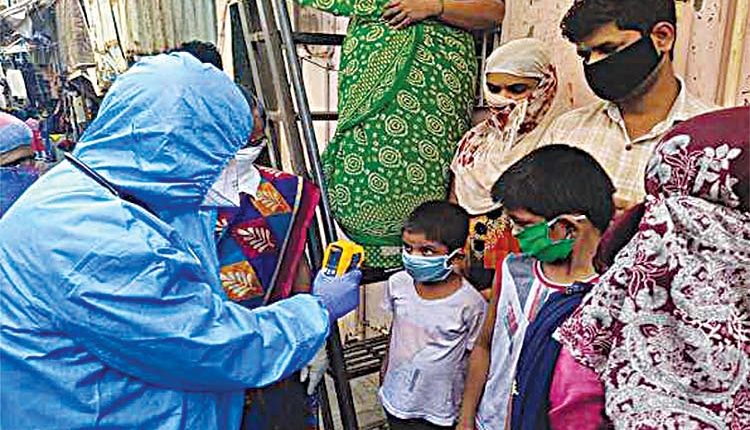 New Delhi, Nov 26 (Representative) Altogether 44,489 new confirmed Covid-19 cases were registered in the past 24 hours in the country, of which 60.72 per cent was from six states/UT of Kerala, Maharashtra, Delhi, West Bengal, Rajasthan and Uttar Pradesh. Kerala led the tally with 6,491 new Covid cases, followed by Maharashtra and Delhi which reported 6,159 and 5,246 new cases respectively in the past 24 hours.
Maharashtra, Delhi, Uttar Pradesh and West Bengal are also among the top six states recording maximum daily deaths. Delhi with 99 deaths reported the highest number of deaths while Maharashtra saw 65 deaths followed by West Bengal with 51 deaths, an official statement here said. India’s present active caseload of 4,52,344 totals 4.88 per cent of the total positive cases, and has been sustained below the five percent mark. While 65 per cent of the active cases were in 8 states/UTs which have contributed to the maximum daily new cases and the daily highest deaths, the states, along with two others, also accounted for 61 per cent of the total deaths. Against the national average of 6,715 cases, the Case Fatality Rate (CFR) in these 8 states/UT as compared to the national average was 1.46 per cent.