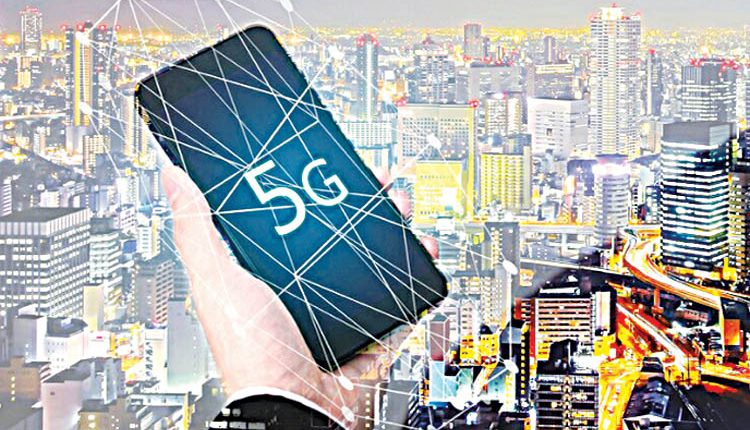 The total number of mobile broadband subscriptions is set to reach close to 1.2 billion by 2026

New Delhi, 30 Nov (Bureau)- 5G connections across the globe are estimated to be 3.5 billion and India will account for 350 million subscriptions by 2026, according to a report by telecom company Ericsson. India may get its first 5G connection in 2021 if spectrum auctions are held early next year, said Ericsson Head of Network Solutions (Southeast Asia, Oceania and India) Nitin Bansal. lobally, more than 1 billion people, 15 per cent of the world’s population, are expected to live in an area that has 5G coverage rolled out, according to the ‘Ericsson Mobility Report 2020’ released on Monday.

“In 2026, 60 per cent of the world’s population will have access to 5G coverage, with 5G subscriptions forecast to reach 3.5 billion. In India, 5G subscriptions will surpass 350 million, accounting for 27 per cent of all mobile subscriptions in 2026,” the report said. Bansal said that based on the reported timeline for spectrum auction for 5G services, he expects India to have its first 5G connection in 2021. According to the report, India has the highest average traffic per smartphone user per month at 15.7 gb per month. “Low prices for mobile broadband services, affordable smartphones, and increased time spent by people online contribute to monthly usage growth in India. Accordingly, total traffic is projected to quadruple in India, reaching 35EB (exabyte) per month in 2026,” Ericsson Mobility Report Editor and Head of Strategic Marketing Insights States Patrik Cerwall said. The report said LTE (4G) remains the dominant technology in India in 2020, accounting for 63 per cent of mobile subscriptions and 3G is expected to be phased out by 2026. “In the India region, LTE subscriptions are forecast to increase from 710 million in 2020 to 820 million in 2026, increasing at a compound annual growth rate (CAGR) of 2 per cent,” the report said. It added that mobile broadband technologies accounted for 67 per cent of mobile subscriptions in 2020, and this figure is predicted to reach 91 per cent by 2026. “The total number of mobile broadband subscriptions is set to reach close to 1.2 billion by 2026.” According to an annual report, the number of smartphone subscriptions has increased to 760 million in 2020 in the country and is expected to grow at a CAGR of 7 per cent to reach close to 1.2 billion by 2026.