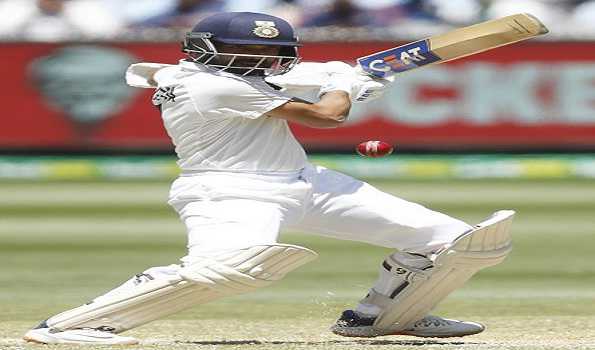 Melbourne, Dec 29 (Agency) India produced a clinical performance to beat Australia by 8 wickets in the second Test and level the four-match series 1-1 at the Melbourne Cricket Ground, here on Tuesday. Chasing a target of 70 for victory India got off to a poor start with Mitchell Starc getting rid of opener Mayank Agarwal for 5 in the 5th over. In the next over, Pat Cummins sent back Cheteshwar Pujara for 3 to leave the visitors in a spot of bother at 19 for 2.

However, Shubman Gill (35 not out) and Rahane (27 not out) kept their composure and batted positively to take India to victory in the Boxing Day Test. Earlier, India wrapped up Australia’s second innings for 200 in the opening session of the fourth day. Australia lost their last 4 wickets in the extended first session on Tuesday, managing to add just 67 runs to their overnight score of 133 for 6. India had taken a 131-run lead on the third day as hosts scored 326 in reply to Australia’s first innings total of 195. Cameron Green (45) and Matthew Wade (40) were the top-scorer for the hosts. For India, debutant pacer Mohammed Siraj (3/37) took three wickets while Jasprit Bumrah (2/54) and Ravindra Jadeja (2/28) and Ravichandran Ashwin (2/71) took two wickets apiece.

India had lost the pink-ball Test in Adelaide last week in which they were bowled out for a record low of 36 in their second innings. The third Test is scheduled to be played at the Sydney Cricket Ground from January 7.