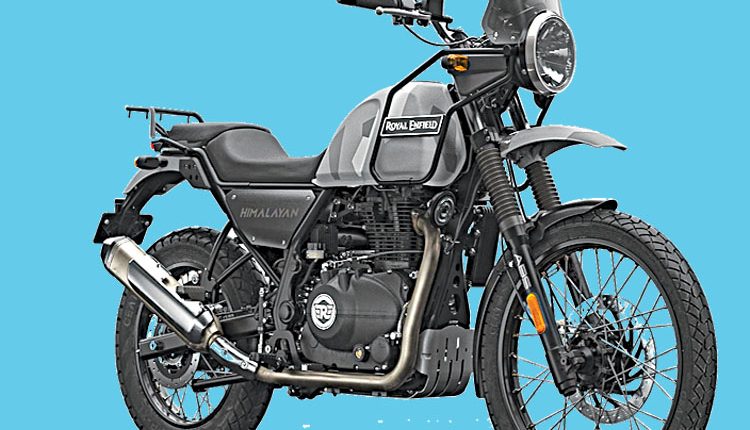 A short teaser on Royal Enfield’s social media handles has revealed that the updated Himalayan is set to debut on February 11. Recent images that have surfaced online also show that the bike has begun reaching dealership warehouses.

These images also give us a clear view of the changes that the model will feature, most of which we’ve already seen on test mules and a leaked brochure. In case you missed out, here’s a quick recap on what changes the upcoming RE Himalayan will feature.

2021 Royal Enfield Himalayan: Colours
The brochure contained what appeared to be a studio shot for the company’s website and gave us a peek at one of the new colour schemes. While the dual-tone colours look white in the image, it is actually expected to be a light shade of silver. Additionally, the bike will also be available in new Granite Black and Pine Green colour schemes. There are also rumours that the Royal Enfield will discontinue the solid white colour scheme, but we’ll know for certain only once the bike is launched.

2021 Royal Enfield Himalayan: Tripper Navigation
Previous spy shots also revealed that the test mule of the updated Himalayan featured an additional pod on the right side of its existing digi-analog instrument cluster. We can now confirm that this is the same Tripper Navigation system that made its debut on the new Meteor 350. For those of you who are unfamiliar with the Tripper system, it’s the manufacturer’s Google-powered turn-by-turn navigation system. It works alongside the Royal Enfield app after pairing the phone to the system using Bluetooth. The screen, however, does not display incoming messages or calls.

2021 Royal Enfield Himalayan: Design and chassis
Another change is in the metal frame that is mounted towards the front of the tank. On the current iteration of the bike, it would sometimes come into contact with the knees of taller riders, and Royal Enfield seemed to have addressed that with the upcoming model by using a smaller, more forward-set unit. The windscreen also appears to be a slightly taller and wider unit.

2021 Royal Enfield Himalayan: What else is new?
From these latest images, we can see that the Himalayan will also feature a top plate on the rear carrier, allowing for easier luggage mounting. Furthermore, there is a matte black extension on the front mudguard that gives the bike rugged aesthetics.

2021 Royal Enfield Himalayan: Price
Considering the added features, the updated Himalayan will most certainly cost a little more than its current price range of Rs 1.91-1.96 lakh (ex-showroom, Delhi). Apart from the Himalayan, Royal Enfield is working on a number of other new products like a new Classic 350, a 650cc cruiser and more.