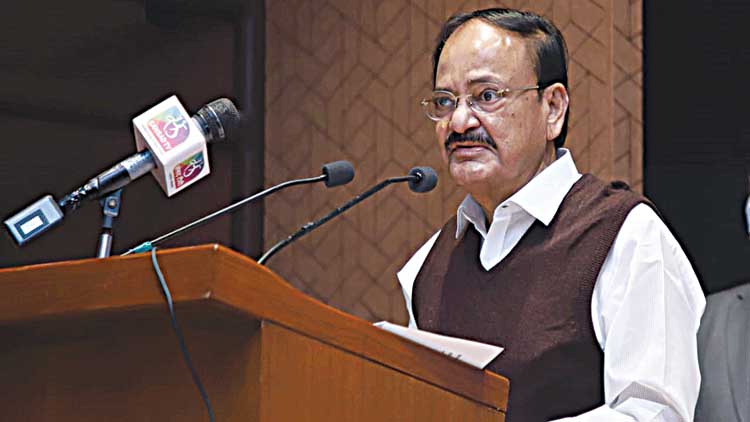 Hyderabad, July 13 (Agency) Vice President M Venkaiah Naidu on Wednesday stressed the importance of a holistic, value-based education for the overall development of children and in building a secure future for the nation. He called for shedding the mindset of ‘marks-focussed education’ and to look at education as ‘not mere letters and numbers, but as the learning of culture and values’. Presenting ‘Sanskar’ award instituted by Aakriti, a cultural organization, to Garikipati Narasimha Rao, eminent Telugu scholar and literary performer (avadhani) in Hyderabad, the Vice President lauded Garikipati for his literary contribution to the Telugu language and for his spiritual teachings.

Marking the occasion of Guru Purnima, Mr Naidu said that in the Indian tradition, ‘guru’ is given the highest regard, and that the relationship between a guru and a ‘sishiya’ is considered the most sacred. The Vice President added that gurus play an invaluable role in our lives and “more than just imparting knowledge, help in moulding character and shaping our future”. The Vice President paid his respects to his teachers, recollecting their teachings and noting the immense impact they have had on his life. It is important to remember with gratitude one’s teachers who are “given the same status as parents and even God in Indian culture”. Dr KV Ramanachary, Advisor to the Govt. of Telangana, CMD of FECCI, Achyuta Jagadish Chandra, President of Aakriti, Sudhakar Rao, literary personalities, artists and others were present.