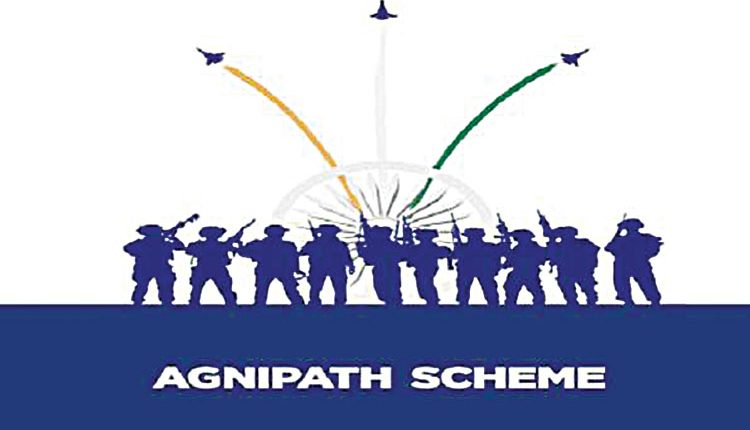 New Delhi, June 16 (Bureau) The Department of School Education on Thursday welcomed the Center’s recruitment scheme “Agnipath” scheme for enrolling soldiers, airmen and sailors in the Armed forces. The department which is working under the Ministry not Education also decided to institute a special programme in collaboration with its autonomous institution, the National Institute of Open Schooling and Defence Authorities to enable those Agniveers who are 10th class pass to further their education and obtain a 12th class pass Certificate by developing customized courses that are not only current but very relevant to their area of service. Welcoming the initiative Union Education Minister said union Education Minister Dharmendra Pradhan said Education Ministry is committed to support the Agnipath scheme.

He added that “Best of our talent in the best of our services is a matter of pride and a win-win for all” “The customised programme by @niostwit will be relevant to the spirit of the #Agnipath scheme. This certificate will equip #Agniveer’s with relevant knowledge & skills and enable them to pursue jobs and higher education across India” the Minister tweeted after the announcement. In a statement the department said the certificates that would be issued to the ‘Agniveer’ candidates would be recognised throughout the country for both job and further education purposes. “This will benefit the Agniveers to gain adequate educational qualification and skills to take up productive roles in society later in life” it said. This special programme of NIOS will facilitate enrolment, development of courses, student support, provision of self-learning material, accreditation of study centres, personal contact programme, evaluation and certification.

“Open schooling system of NIOS which is extremely user friendly and accessible to all from anywhere, anytime opens its doors to all the Agniveers under the Agneepath Scheme” the department said. The Centre government on Tuesday unveiled the “Agnipath” scheme which is a pan India merit-based recruitment scheme for enrolling soldiers, airmen and sailors. It is a transformative initiative that will provide a youthful profile to the armed forces. Under this scheme, young persons will be provided an opportunity to serve in the armed forces as “Agniveer”. It provides an opportunity for youth to serve in the regular cadre of the armed forces for a period of 4 years including a training period. Agniveers shall be recruited between the ages of 17.5 to 21 years. Candidates who are 10th or 12th pass can apply for the recruitment process.